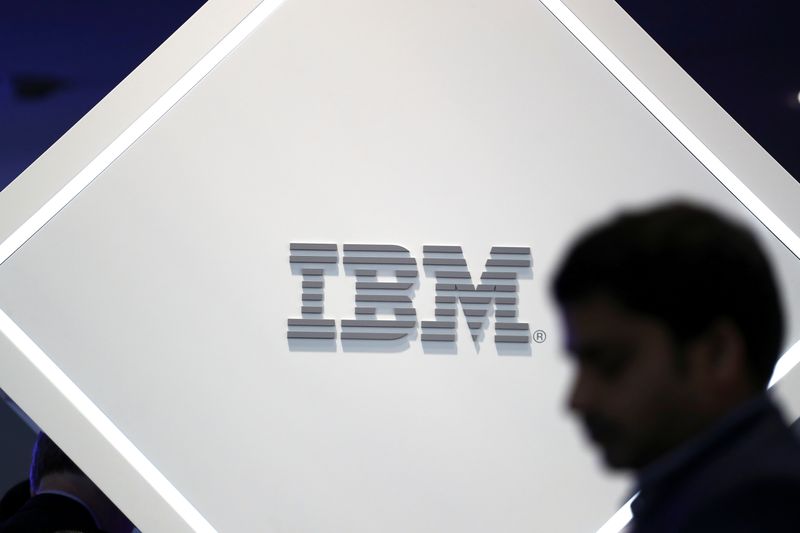 FILE PHOTO: A man stands near an IBM logo at the Mobile World Congress in Barcelona, Spain, February 25, 2019. REUTERS/Sergio Perez

(Reuters) – IBM Corp is developing tools that would ensure online advertising algorithms do not unfairly show ads to only specific groups such as mostly men or wealthy people, aiming to address discrimination concerns that have drawn industrywide scrutiny.

The company told Reuters on Thursday that a team of 14 will research “fairness” in ads over the next six months, exploring ways to spot and mitigate unintended bias, including in audiences and the messages themselves.

Academic researchers and civil rights groups have found for a decade that some audiences including Black people and women can be excluded from seeing job, housing and other ads because of potentially unlawful choices made by advertisers or automated systems they use.

“The foundation of advertising is crumbling and we have to rebuild the house,” IBM Senior Vice President Bob Lord said. “While we’re at it, let’s ensure fairness is in the blueprint.”

IBM’s Watson Advertising unit sells ads on its The Weather Company properties and also provides ad software to other businesses. Clients eventually could be pitched on anti-bias offerings.

IBM’s initial analysis of its own ad purchases suggests ads can be shown fairly equally to all groups without affecting measures such as the percentage of users who click an ad, said Robert Redmond, head of AI ad product design.

Redmond offered as a hypothetical example a system told by an advertiser to direct an ad to men across the United States. It may start showing the ad to only those who are in big cities and white because that group clicks more. IBM is researching whether artificial intelligence programs can spot that and then redirect the ads more equally.

The company next plans to analyze data from the nonprofit Ad Council’s public service announcements about COVID-19 vaccines.

“Systemic bias is unfortunately baked into nearly every corner of the advertising industry,” said Lisa Sherman, the council’s president and chief executive.

“We hope this research undertaking will help validate that the steps we take to mitigate unintended bias (and) identify areas for us and others to continue refining.”