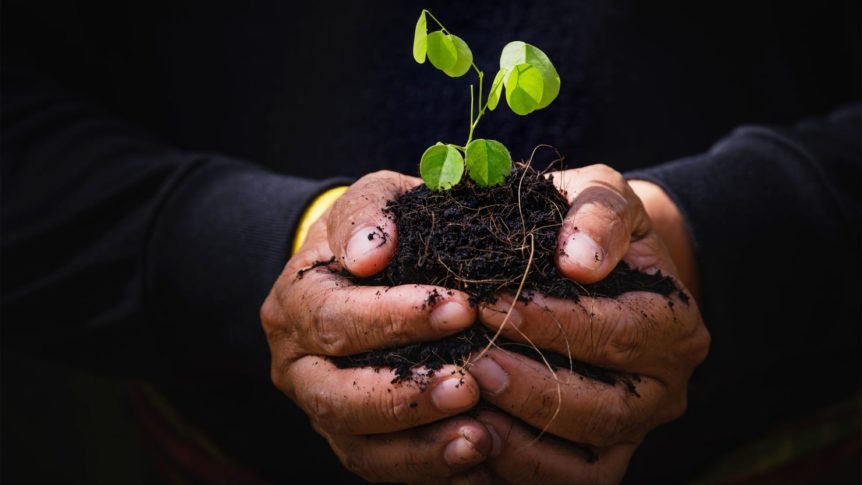 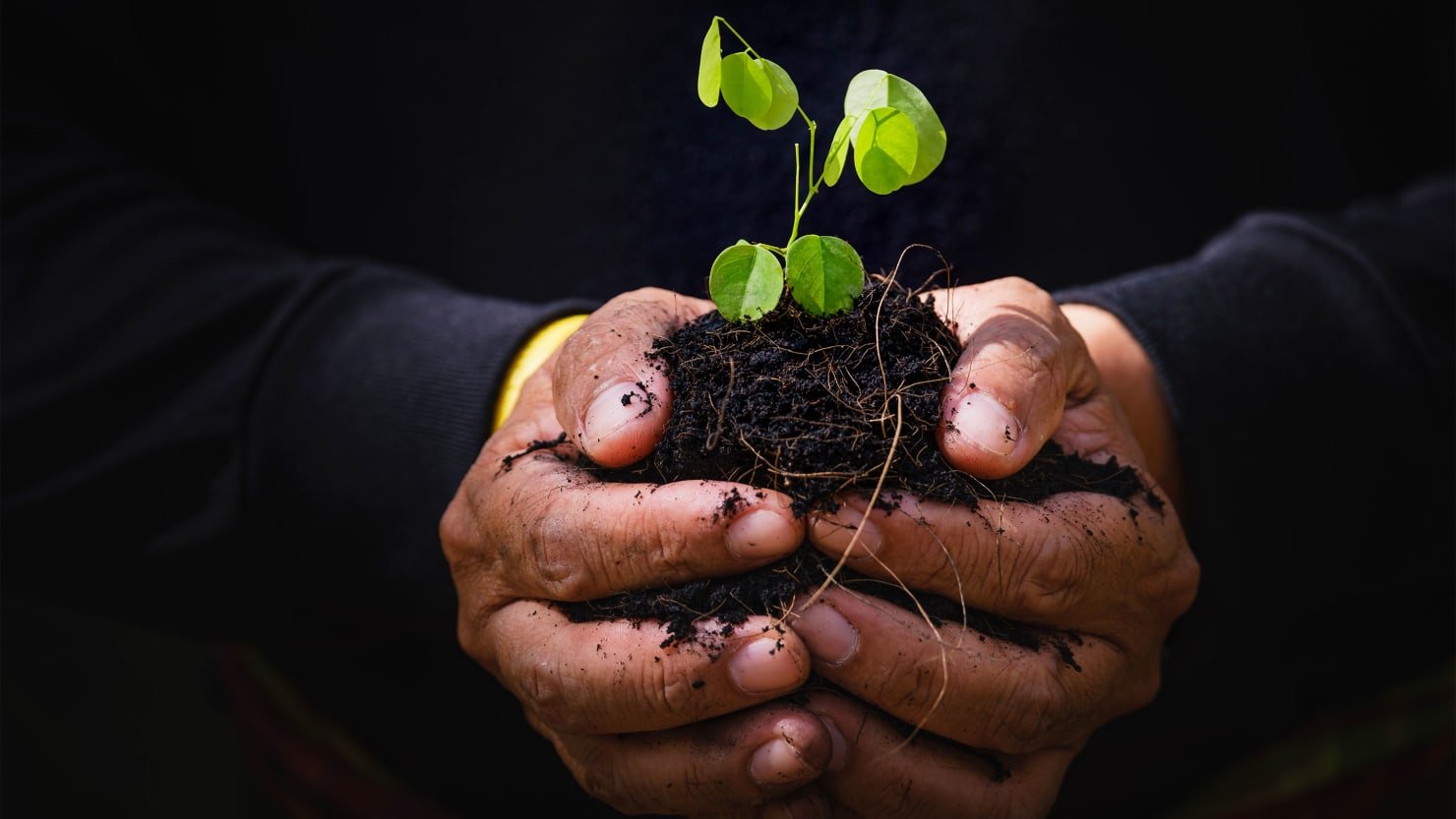 I’m an environmental scientist, and I hate Earth Day.

I roll my eyes at the sudden scramble for 24 hours’ worth of eco-content and scoff at the light green veneer painted over business as usual.

But most of all, I am furious that, every year, April 22 comes and goes while we continue to dig ourselves deeper towards climate and ecological debt and disaster.

Since the first Earth Day in 1970, humans have used up almost 70 percent of the carbon budget available for all of time, for all of humanity, pushing us towards the brink of climate catastrophe. No one born after 1985 has lived through a normal year on planet Earth; every year of their lives has been warmer than the 20th century average.

Wild vertebrate populations have declined 68 percent since Earth Day began. It will take millions of years for evolution to recover the biodiversity that has already been lost. Life on Earth is on life support: Humans are now driving species to extinction at a rate one thousand times faster than natu­ral. Human exploitation of nature, primarily from land use and agriculture, is unraveling the web of life, which ultimately includes us.

I am heartbroken by the worries weighing on young people two generations after Earth Day began. At a climate protest in 2014, I listened to an 8-year-old girl deliver a powerful speech: “I dream of studying the oceans. But I’m afraid the oceans may be dead when I grow up.”

As a scientist, I’m terrified that she may be right. Half of live coral cover on coral reefs, which buffer storms and are nurseries to much of the life in the oceans, has already died.

And I’m furious at the impotence of data and knowledge, because we’ve known since before I was born what the problem is, and what we have to do.

Five years before the first Earth Day, the president of the American Petroleum Institute warned of the “catastrophic consequences of pollution” and looming “marked changes in climate… caused by… the burning of coal, oil, and natural gas.”

For my entire career, and for more than my entire life, far too many business, government, media, and cultural leaders have either ignored or actively denied climate reality, and either marginalized or threatened the scientists who gave it voice. Meanwhile, amid these decades of deliberately manufactured doubt and delay, fossil fuel emissions have tripled since the industry’s own 1965 warning of catastrophic consequences.

It is not lack of knowledge holding us back. Basically, the climate problem has been solved on paper many times over by now. We know what we have to do and how to do it. We have the necessary tech and tools in hand.

But science or experts or technology aren’t enough to save us from climate catastrophe. We as humanity, a groundswell of people alive today around the world, have to save ourselves, through what we think and feel and ultimately what we do.

Here’s what I want you to do for Earth Day. Make it the first day of the rest of your life, where you are using your unique talents to contribute to the cathedral that our generation must build, the project that will define us in the minds and stories of our distant descendants. Our success or failure will literally define the terms of their lives.

Make the legacy of your time on Earth a stable climate, and a recovering and thriving living world; a home where every person has the opportunity for a good life. Be part of the growing movement now underway to turn the human legacy from exploitation to regeneration, based on three principles: respect and care for people and nature; reduce harm at its source, not by treating its symptoms; and build resilience.

“The average American child spends seven hours a day on a screen, and less than seven minutes playing outside. ”

More specifically, on Earth Day, I want you to be part of two shifts that are essential for living and leaving a good life on Earth: Stop the production and consumption of fossil fuels, and start building up your own relationship with nature.

Governments plan to celebrate the 60th anniversary of Earth Day, in 2030, by producing more than twice as much fossil fuels than fit within a 1.5°C carbon budget. We cannot let them get away with it.

To change policy as a climate citizen: vote for women, and candidates with good climate scores. Write and call your rep directly with your climate concerns. Get active in climate organizations and social movements to demand corporate and government leaders reduce climate pollution within their domain towards zero (not promise to pollute now and pay later). Support just transitions for workers from industries that need to decline to meet climate goals.

And if you’re lucky enough to be in the top 10 percent of income globally, earning over $38,000 per year: welcome to the club that consumes the majority of the world’s resources, and therefore creates most of the world’s problems when it comes to heating the climate and destroying nature. The higher up the income ladder you are, the more outsized your impact, and the more urgently you need to reduce your own carbon overconsumption so that we can make the necessary transformations in time. The best ways to do so fast are to go flight, car, and meat-free. If you can’t go totally without, aim to cut your consumption at least in half. Personally, I’ve gone car- and meat-free, and cut my flying more than 90 percent, down to at most one flight a year. These changes have led to better health, more fun, and even romance (I married the man I liked more at the end of the 15-hour train trip we took for our fourth date).

Secondly: make a date with the planet for you and your loved ones. The average American child spends seven hours a day on a screen and seven minutes or less playing outside. Catch up on quality time in your community garden or your local park or beach. Humans need a personal, physical connection to natural places to feel our most alive and grounded. Studies show that direct, repeated experiences with local na­ture over time is how people, especially children, build a relation­ship with nature and a sense of place and feel a connection and responsibility as well as agency to protect nature.

People must forge a relationship we can sustain with the fabric of life, which is what nature is. Regeneration means seeing the Earth as not just the wellspring of resources, but a living entity with whom we have a relationship. Nature is not a luxury or a nice‑to‑have. Na­ture is life itself, and the means needed to sustain it. There is no substitute for the fundamental building blocks of life. To meet our most basic human needs, we are utterly reliant on nature.

Even if humans didn’t need nature for the survival of our species, it’s morally wrong to destroy the complex fabric of life on Earth. The beauty and variety of life de­serve to exist and must be centered alongside people’s needs.

I want to be able to honestly celebrate Earth Day. If we do what we can and must, by 2030 we could cut global climate pollution in half, while stabilizing and starting to reverse the loss of nature, and improving human well-being. This epic test is at the absolute outer limits of what we might just be capable of. It requires us to redefine, and then remake, what is humanly possi­ble: what humans are capable of making possible. If we collectively work towards this transcendent purpose, we will truly have something to celebrate on April 22, 2030.

Kimberly Nicholas is Associate Professor of Sustainability Science at Lund University in Sweden. This is an edited excerpt from her new book,Under the Sky We Make. Follow her on Twitter @KA_Nicholas.