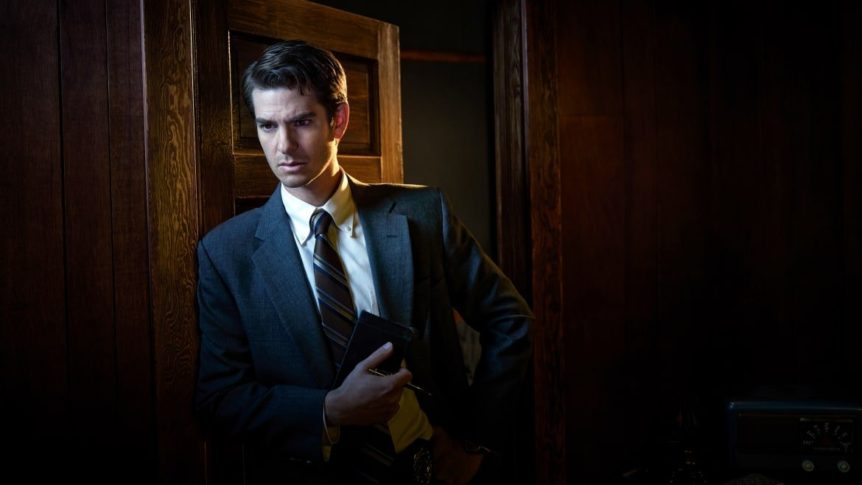 A herky-jerky adaptation of John Krakauer’s 2003 non-fiction book of the same name, Under the Banner of Heaven is the latest high-profile miniseries that would have been better off as a two-hour feature film.

Writer/showrunner Dustin Lance Black’s seven-part FX on Hulu drama (April 28) is the based-on-real-events story of the 1984 investigation into the murder of a Utah mother and her infant daughter, and the ugly revelations about the Mormon church that ensued. It is fascinating when it comes to details about the religion’s insular culture, rituals and dogma, and yet unsteady when it comes to just about everything else. Even with Andrew Garfield as the detective charged with solving this heinous crime, it’s a wobbly stab at prestige TV that never manages to get itself on solid footing.

Under the Banner of Heaven’s shakiness is telegraphed from the outset, with whiplash camerawork capturing detective Jeb Pyre (Garfield) playing with his kids on the front lawn. He’s called away from this fun to the home of Brenda Lafferty (Daisy Edgar-Jones), who’s been brutally slaughtered and left for dead in her kitchen. Worse, her 15-month-old daughter is upstairs in the bassinet, decapitated—a sight that brings a naturally aghast Pyre to tears. Pyre is rattled by the brutality of this slaughter as well as by the fact that he casually knows the Laffertys, who are fellow members of his beloved LDS Church. Before Pyre can even catch his breath, he’s thrown for another loop when Brenda’s husband Allen (Billy Howle) appears outside, covered in blood and professing his innocence.