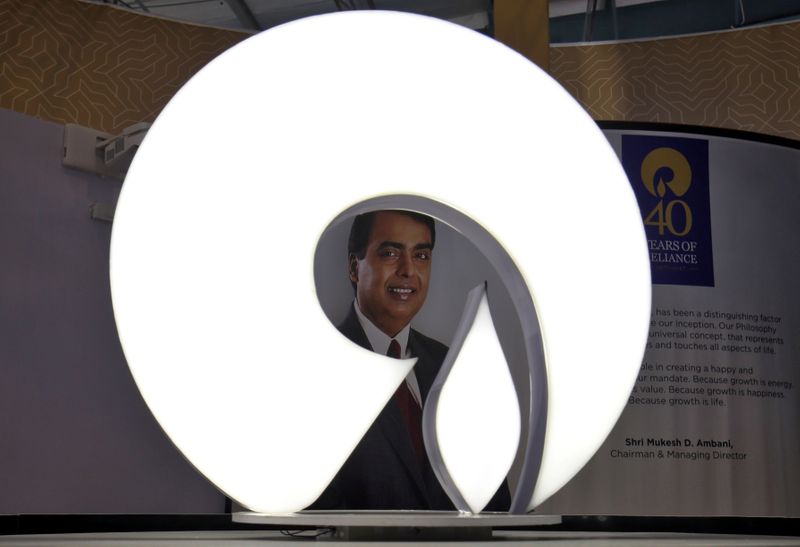 FILE PHOTO: The logo of Reliance Industries is pictured in a stall at the Vibrant Gujarat Global Trade Show at Gandhinagar, India, January 17, 2019. REUTERS/Amit Dave

Revenue at the company’s telecom unit Jio rose 8.6%, while the retail business reported a 19% rise in revenue.

The oil-to-chemicals business, home to both the company’s refining and petrochemicals operations, posted a more than 70% jump in revenue.

The company’s year-ago results had benefited from a one-time gain on its investment in British oil major BP.

(Reporting by Chris Thomas and Tanvi Mehta in Bengaluru; Editing by Aditya Soni)