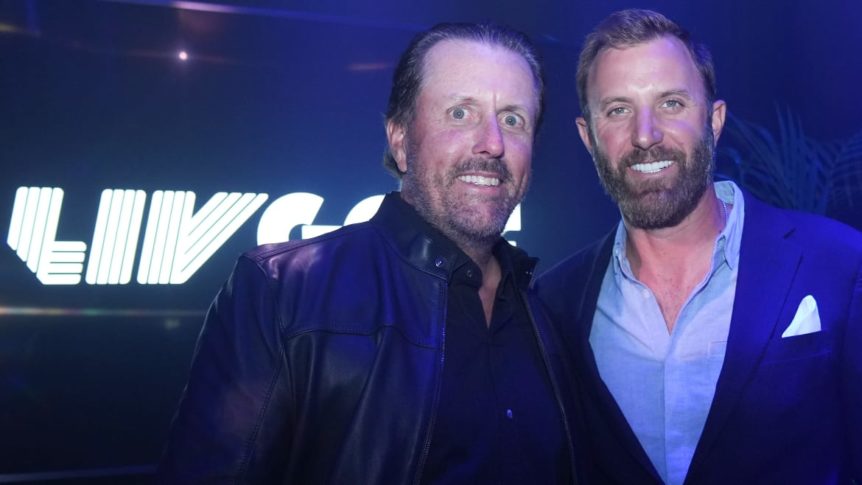 The main golf league in North America dramatically suspended 17 of its players less than 30 minutes after they teed off at a new Saudi league’s inaugural tournament.

PGA Tour commissioner Jay Monahan says the golfers who defected to the brand new LIV Golf tour won’t be allowed to play at PGA events for the foreseeable future. The PGA hosts major men’s golf tournaments like the Presidents Cup, The Players Championship, and the FedEx Cup.

Monahan claims the athletes didn’t get permission to play for the new league and accused them of leaving for “financial-based reasons.”