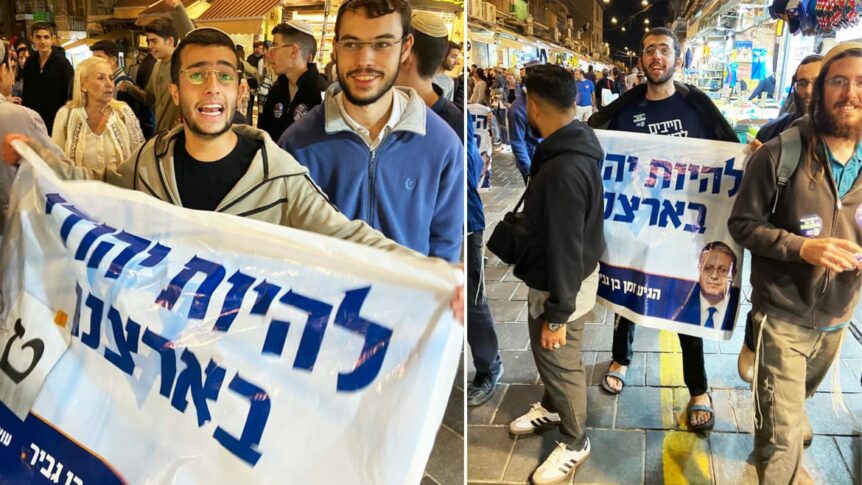 Jewish supremacy appears to have scored a major victory in Tuesday’s Israeli elections.

First round exit polls show the Religious Zionism bloc garnering 14 or 15 mandates in the country’s 120-seat parliament, which would make it the third largest party in the Knesset. Regardless of whether Benjamin Netanyahu claws his way back to power (which appears to be a real possibility) or Israel heads toward another election in spring 2023, the hard-right looms as a permanent fixture on Israel’s political landscape.

Just hours before the polls closed, Jerusalem youth proudly bore the message of “To be a Jew in our land” and “It’s time for Ben-Gvir”, as they marched through the city’s Mahane Yehudah market. For younger voters, Itamar Ben-Gvir’s authenticity matters.