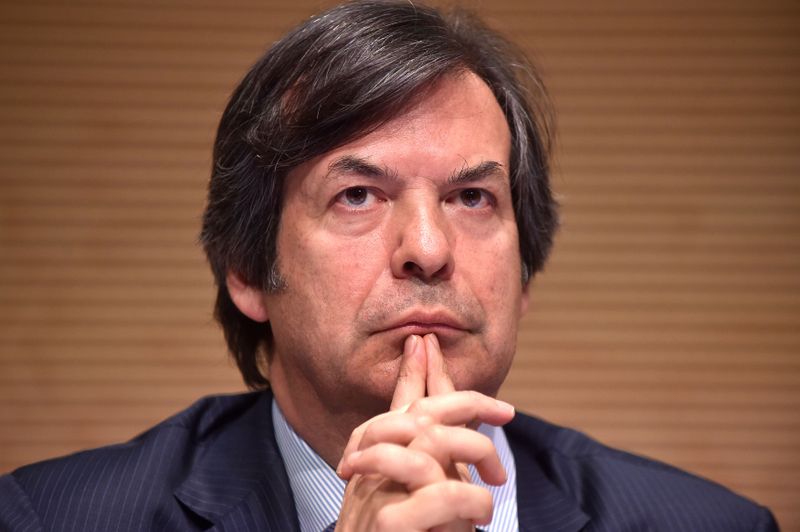 Carlo Messina said in an newspaper interview on Sunday that Italian banks were now “among those in the best shape” in Europe, thanks to a process of consolidation and reduction of bad loans.

“For Italy, I hope to see further concentrations to arrive at the creation of at least three poles,” he told financial daily Il Sole 24 Ore.

Italy has a fragmented banking system, with scores of lenders, many of them small and regional, and often unprofitable.

Intesa Sanpaolo kicked off a new wave of consolidation in the sector last year by taking over rival UBI, while UniCredit, the country’s second largest bank, is weighing potential merger options under new CEO Andrea Orcel.

Government sources have told Reuters that some members of the ruling coalition would like to see a third group built around Banco BPM, Italy’s No.3 bank, which is often seen as a likely takeover target.

Messina also urged Mario Draghi’s government to consider prolonging and broadening state guarantees on loans to companies, as Italy tries to recover from the COVID-19 pandemic.

“Extending the expiry (of the guarantees) to 20 years would allow companies in difficulty enough time to reorganise and get going again,” he said.

“The social fabric of the country is at risk,” he warned.