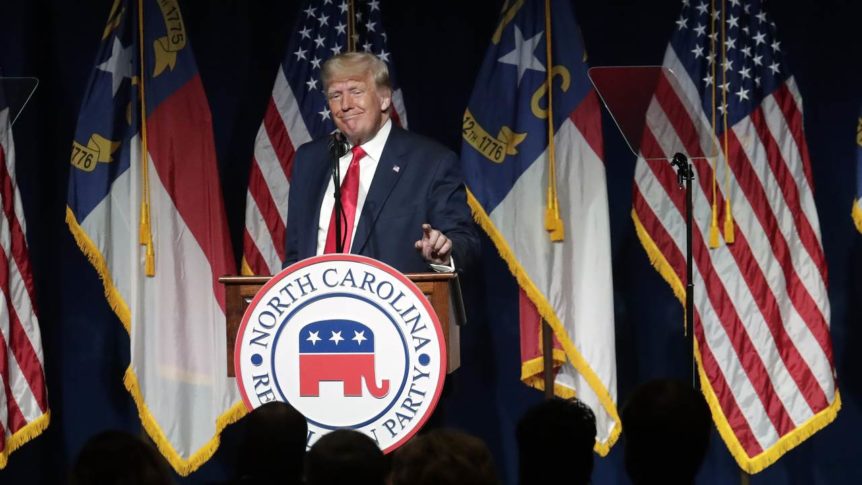 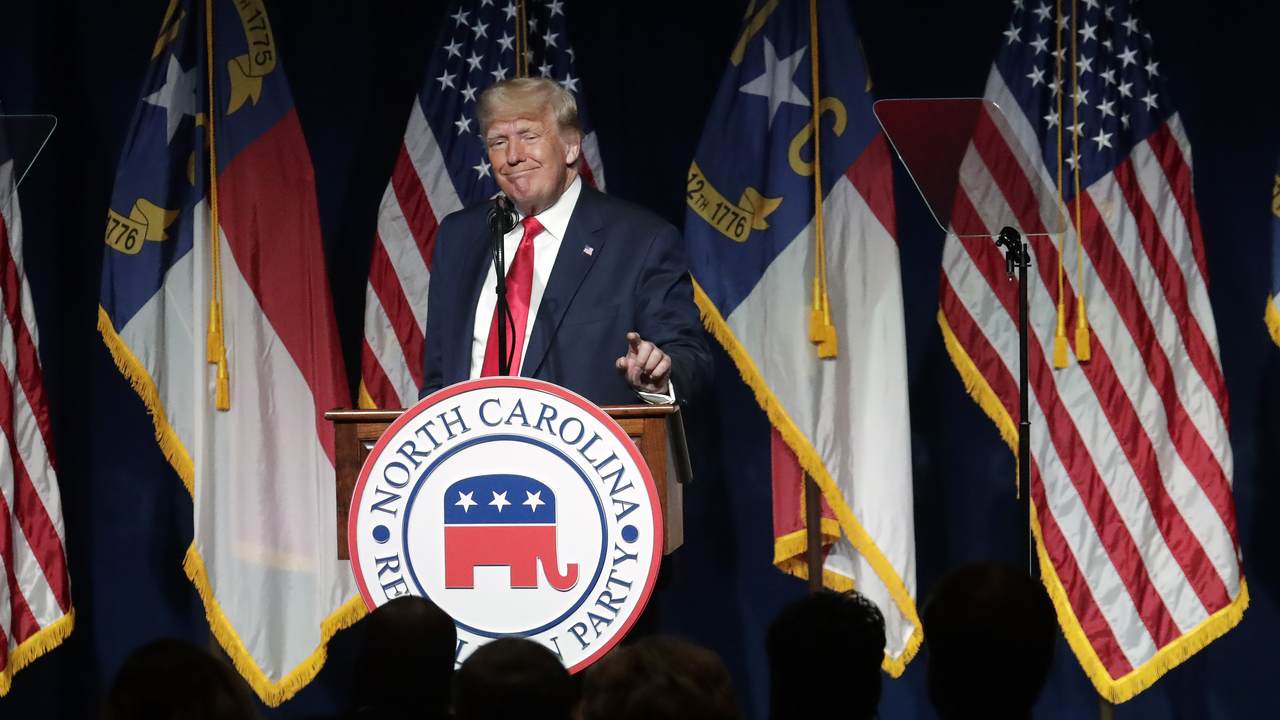 Despite being booted from social media, unfairly impeached twice, the victim of constant harassment and hoaxes and the target of six years of horrific and biased press coverage, Donald Trump remains the only towering figure in the Republican Party. A recent poll showed that 57% of Republicans favored Trump to win the nomination in 2024. His nearest potential challenger registered only 10% support.

With such popularity, it was no surprise that his return to the political stage Saturday night in Greenville, North Carolina was eagerly anticipated. In his triumphant speech, Trump wowed the state’s GOP convention for almost 90 minutes.

It was clear from the beginning of his address that President Trump intends to exercise strong control over the Republican Party. He wants to make sure “America First” Republicans are elected, instead of the establishment types who have led the GOP to recent defeats.

To address the upcoming North Carolina U.S. Senate race, Trump invited his daughter-in-law, Lara Trump, on stage to announce that she was not running for the position due to family commitments. At that point, the President endorsed for the seat U.S. Representative Ted Budd (R-NC), calling him “somebody that you’re going to be so proud of…He will fight like hell.”

As usual, the President enthralled the crowd with a review of his administration’s accomplishments. He touted everything from his border policies to his response to the pandemic.

He also made fun of the current President, mocking him for his “triple fall” on Air Force One. He noted the double standard of coverage by comparing how his slow walk down a ramp at West Point, New York was made a “big story” by the liberal media. In contrast, Trump claimed the media refused to emphasize “the Biden fall, the triple fall, I call it the triple fall.”  This was one of the countless instances of media bias toward Trump and favoritism toward Biden.

Regarding China, the President suggested that “all nations should work together to present China a bill for a minimum of $10 trillion to compensate for the (pandemic) damage.” He continued, “As a first step, all countries should collectively cancel any debt they owe to China as a down payment on reparations.”

In the early stages of the pandemic, President Trump accurately labeled COVID-19 the “China virus,” because it originated from Wuhan. In response, he was called racist by many of his critics. He was also ridiculed for speculating that the virus was not created in a “wet market,” but in the Wuhan Institute of Virology.

On Saturday night, Trump enjoyed a well-deserved victory lap, stating “The media, the Democrats, and the so-called experts are now finally admitting what I first said 13 months ago. The evidence demonstrates that the virus originated in a Chinese government lab.”

Trump will be proven right about the origins of the virus, as well as his opinion of Dr. Anthony Fauci, the Director of the U.S. National Institute of Allergy, and Infectious Diseases. When he initially criticized Dr. Fauci, many of his detractors were outraged. They wondered how the President could be so mean to such a respected doctor.

However, after the release of thousands of his emails, Dr. Fauci’s deception and lies have been exposed. In his speech, Trump blasted Fauci as “not a great doctor, but a hell of a promoter. He likes television more than any other politician in this room.”

The current President’s lack of leadership is hurting our country in many different areas, including on the streets of our cities. In his speech, President Trump lamented the chaos occurring across America, “As we gather tonight, our country is being destroyed before our very own eyes. Crime is exploding. Police departments are being ripped apart and defunded. Can you believe that?”

Yes, President Trump, it is believable because of the radical policies of the Democrats. Hopefully, the American people will make a course correction in 2022. President Trump expressed his optimism about the upcoming election, “we’re going to have a tremendous 2022 just like we did – frankly 2020 think of it: more votes than any sitting president in the history of the United States by far – we had a great election. Bad things happened, but we had a great election.”

According to a recent poll, 61% of Republicans believe the 2020 election was “stolen” from President Trump. On Saturday night, Trump called the 2020 election, “the crime of the century in our country” and claimed that Mark Zuckerberg, the founder of Facebook, “broke the law spending millions of dollars.”

For the Republicans to take back control of Congress, there must be fair elections. This is why the electoral reform efforts going on across the country are so critical. As President Trump remarked Saturday night, “We’re not going to have a country if you don’t have election integrity.”

The themes expressed by President Trump in Greenville, North Carolina are shared by the overwhelming majority of Republicans. Today, the GOP is his party. It is ludicrous to believe that any other Republican would give him a serious challenge for the nomination. If he runs again, he will be the Republican Party’s presidential nominee and, if the 2024 election is fair, he will be elected President of the United States once again.