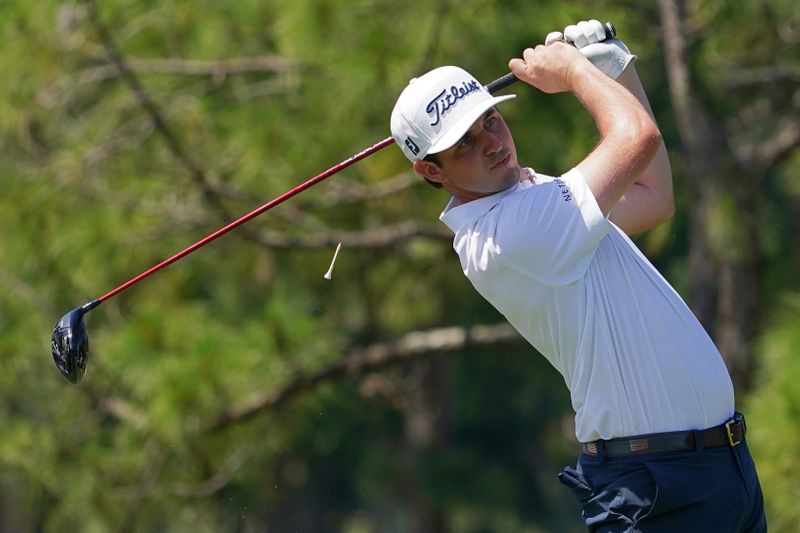 J.T. Poston followed his first-round 65 with a 66 on Friday to take a one-shot lead at the halfway point of the Barbasol Championship in Nicholasville, Ky.

Starting on No. 10, Poston posted a clean card with two birdies on the first nine and four more coming in to sit at 13 under.

Joseph Bramlett and Ryan Armour are tied for second one shot back. The pair have matching 65-67s to open the tourney.

Brian Stuard is among four players tied for fourth, two shots back at 11 under. Stuard fired a 64 on Thursday and was the first round co-leader after play resumed Friday, but dropped after a second-round 69.

“Today, obviously, wasn’t quite as good,” Stuard said. “I didn’t think I hit my irons as well as I did yesterday, but hung in there nicely and was able to kind of put together a good score, which is good.”

David Hearn of Canada and Bo Hoag are T8 at 10 under, three shots back.

Twelve players are clustered at 9 under heading into Saturday’s moving day.

Thursday’s first round was suspended by darkness after two rain delays. The result Friday was wet conditions but soft greens at Keene Trace Golf Club.

“They’re bent greens, it’s soft,” Poston said. “Hit the ball close to the hole and you can make a few putts, too.”