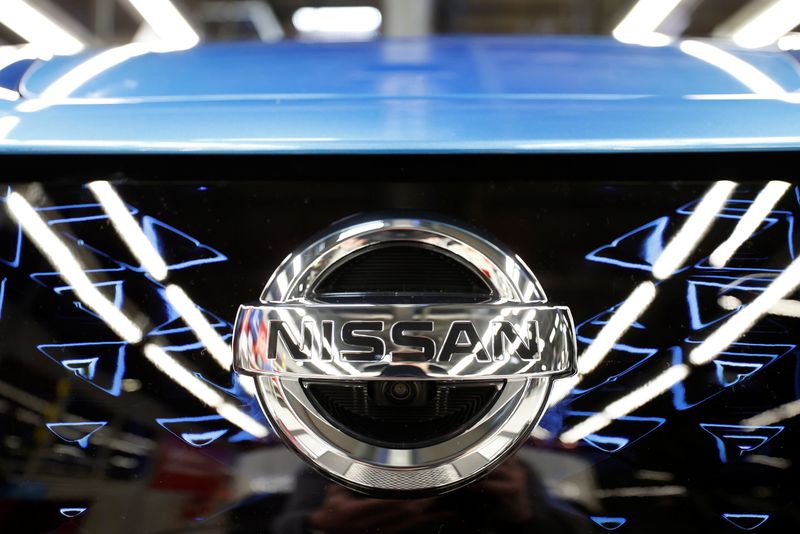 FILE PHOTO: The logo of Nissan is seen on a car ahead of a news conference at Nissan’s Sunderland plant in Sunderland, Britain, July 1, 2021. REUTERS/Phil Noble

TOKYO (Reuters) -Japanese automaker Nissan Motor Co on Wednesday raised its earnings outlook for the year, helped by a weaker yen and favourable demand in the United States, after reporting a surprise first-quarter operating profit.

Nissan reported an operating profit of 75.68 billion yen ($688.6 million) for April-June, compared with a 153.93 billion yen loss in the same period a year earlier.

Analysts on average had expected a loss of 42.72 billion yen, according to Refinitive SmartEstimates.

In May, the company had forecast that it would break even in the period. Analysts on average have since more than halved their expectations to a 112.5 billion yen profit.