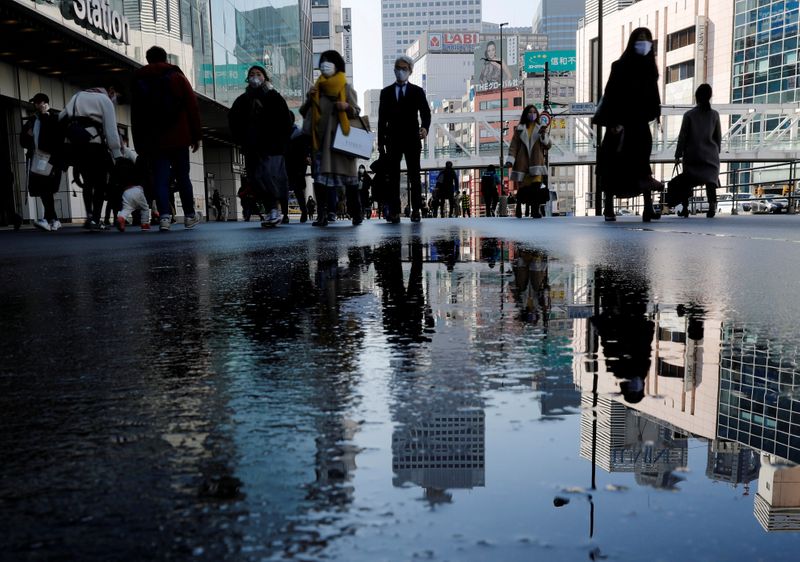 TOKYO (Reuters) – Japan must boost aid to small firms which are seeking to raise wages as part of efforts to prop up spending on tourism, restaurants and other services hit by the COVID-19 pandemic, private-sector members of a key government panel said on Wednesday.

A resurgence in infections led the government to impose a new state of emergency in Olympic host city Tokyo that will last throughout and beyond the Games, dashing policymakers’ hope of a strong revival in growth this quarter.

“The key to achieving an economic recovery is to resuscitate service consumption that has been lost due to the pandemic,” a group of business executives and academics said in a proposal submitted to the government’s top economic council.

Japan must ensure the boost to tourism, events and restaurants from vaccinations leads to a sustained recovery in consumption later this year through next year, they said, calling on the need for “flexible” policy action.

The proposals by the private-sector members tend to highlight the administration’s priorities and used to lay the groundwork for the government’s economic policies.

Speaking at the council’s meeting on Wednesday, Prime Minister Yoshihide Suga said the government will extend until year-end special employment subsidies for companies hit by the pandemic.

The move would be part of the government’s efforts to encourage companies to raise wages, particularly smaller firms that pay minimum wage to their employees.

Suga has made a hike in Japan’s minimum wage among his policy priorities to beat deflation and give households more purchasing power.

An influential government panel last week recommended the national average minimum wage be raised around 3% to almost $8.50 per hour in the current fiscal year.