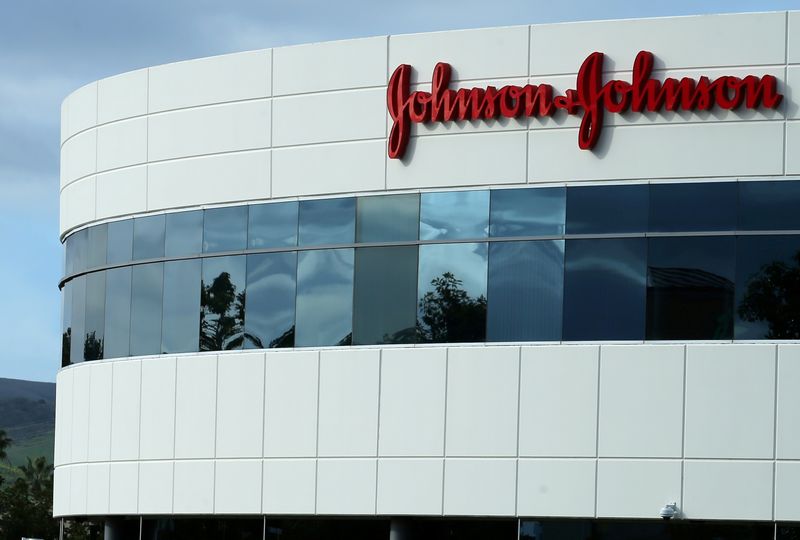 (Reuters) -Johnson & Johnson raised its 2021 revenue estimates on Wednesday and forecast it would sell $2.5 billion worth of its COVID-19 vaccine this year, as it strives to quell production and safety problems and catch up with rivals Pfizer and Moderna.

Although Johnson & Johnson’s single-dose shot was approved in the United States months after shots from Pfizer Inc and Moderna Inc were cleared, its vaccine sales outlook still pales in comparison with its peers and reflects the widening gap in the global vaccine race.

Pfizer and Moderna have forecast $26 billion and $19.2 billion in annual sales of their vaccines, respectively.

The J&J vaccine, once touted as an important tool for vaccinations in hard-to-reach areas, has the least uptake in Europe among all the vaccines approved for use, and has also struggled in United States.

J&J raised its expectations for full-year sales, encouraged by a recovery in sales at its medical devices unit and higher demand for treatments such as psoriasis and Crohn’s disease drug Stelara.

The company now expects annual sales in a range of $93.8 billion to $94.6 billion including contribution from the vaccine, and $91.3 billion-$92.1 billion for the rest of the business.

It had previously forecast sales to come in between $90.6 billion and $91.6 billion.

J&J recorded $164 million in sales of its COVID-19 vaccine for the second quarter.

In the second quarter, J&J earned $2.48 per share, beating analysts’ average estimate of $2.27 per share, according to IBES data from Refinitiv.

Shares of the company rose marginally to $169.97 before the opening bell.

(Reporting by Manas Mishra in Bengaluru; Editing by Saumyadeb Chakrabarty)