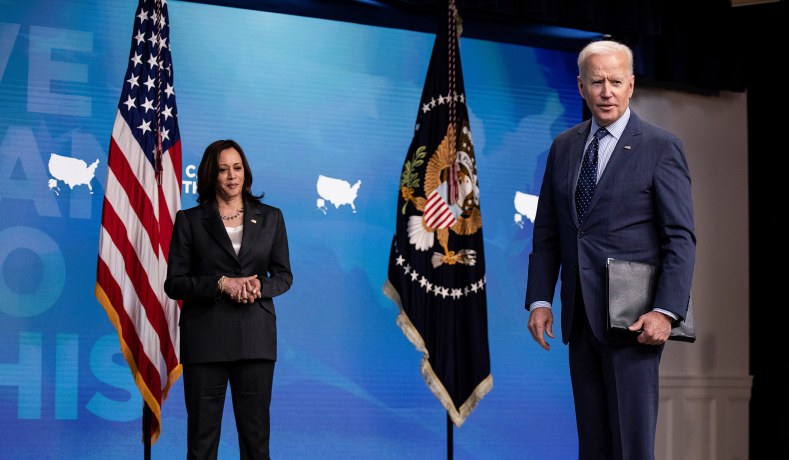 If you’re a conservative, and you point out that Joe Biden keeps shoving the unpopular, thorny, controversial work onto Vice President Kamala Harris’ desk, that there’s little sign that his inner circle really trusts her, and that she never would have been chosen as Biden’s running mate if she were a white male, you’re apparently self-evidently racist.

We must also wrestle with the fact that there have been only two Black female U.S. senators in history. Therefore, for Mr. Biden to select an African American woman from the traditional pool of acceptable vice-presidential candidates of senators and governors, he had an N of one…

Ms. Harris’s political aspirations clearly extend beyond the vice presidency, but the way the Biden team seems to be playing out the old Life cereal commercial here — “Let’s get Mikey” — makes her political future uncertain. There will be no shortage of Democratic colleagues gunning for her, not to mention Republican politicians and the right-wing media that together revel in misinformation and caricature. I can imagine a scenario in which she is the face that launches a thousand ships but all of those ships will be fighting against her, not for her.

… well, putting it that way makes it okay, apparently.

Christina Greer writes Harris “is a historic yet inexperienced vice president who is taking on work that can easily backfire as so many people sit in judgment, with critics sniping (especially right-wing commentators) and allies spinning (like with official statements about ‘success’).”

It’s fascinating how often the “to be sure” paragraphs of left-of-center assessments of Harris line up squarely with the right-of-center criticism of her — almost as if that criticism is more valid than her fans want to admit.