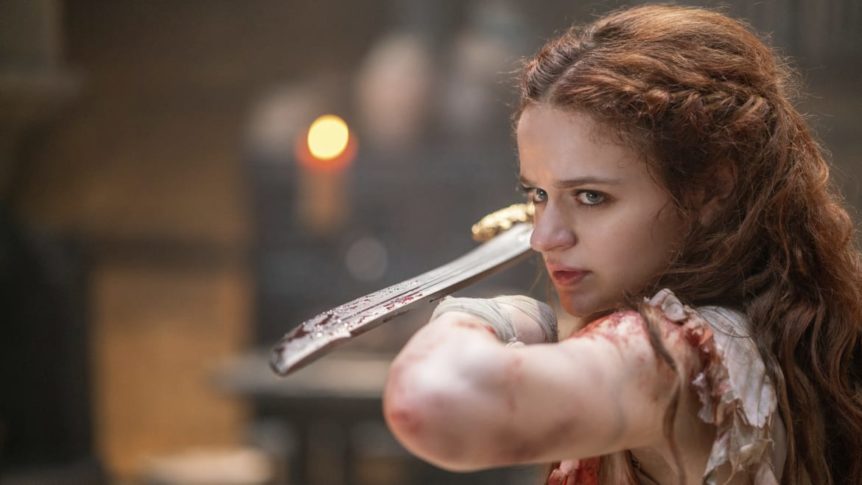 The new trailer for Hulu’s The Princess wants you to know that Joey King is not your average dainty damsel. She’s the sort of groundbreaking princess who is strong-willed and adept at martial arts. You know the kind. She beats up big burly guys in armor! She’s not concerned with ladylike behavior and she absolutely does NOT need a man. She is a hashtag-girlboss princess.

Directed by Vietnamese filmmaker Le-Van Kiet, The Princess is a medieval action movie starring King as the titular royal. Her father has promised her in marriage to a cruel, controlling suitor played by Dominic Cooper, who seems like a real asshole in this movie but will always be the sunkissed hunk from Mamma Mia! in our hearts. King refuses to go through with the wedding, however, declaring, “I’m not a piece of property to be traded.” (#Girlboss!) Thus, she is shackled and locked away in a tower.

Based on the trailer, though, our heroine does not remain a prisoner for long. “These guys fucked with the wrong princess,” she narrates in a faux British accent as two scary-looking henchmen lumber into her chamber. She wastes no time in whacking one of them across the face with a rusty metal chain and tying up the other before sending him flying out the window with an acrobatic roundhouse kick. Cartoon-ish blood splatters across the screen and each blow lands with an icky squelch. Joan Jett’s “Bad Reputation” begins playing, because of course it does.