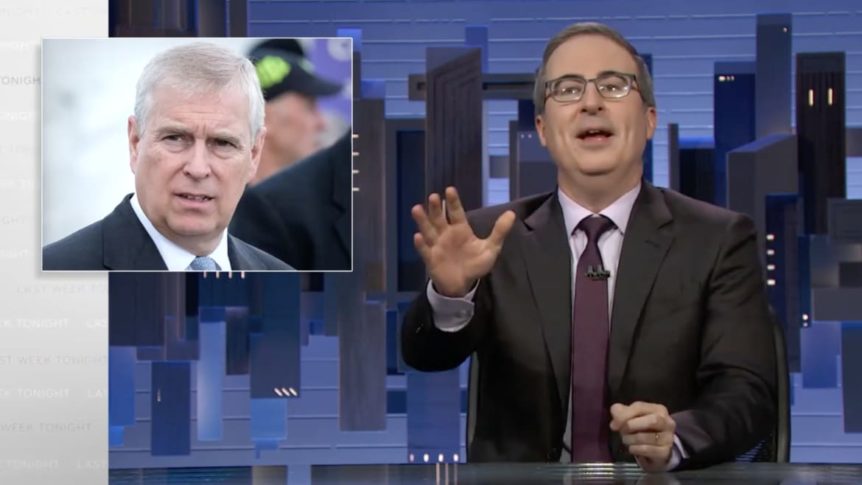 After a brief Memorial Day weekend vacation break, John Oliver returned to the Last Week Tonight desk on Sunday and kicked things off by railing against the Platinum Jubilee—an estimated $18.7 million celebration of Queen Elizabeth II’s reign that took place in the U.K. over the weekend.

“It has been a busy week—including, least importantly, the Queen’s Platinum Jubilee, marking her seventy years on the throne,” cracked Oliver, who is British, of the 96-year-old monarch’s festivities, adding, “It was basically a four-day celebration of everything that the Queen loves—with one key exception.”

The “exception” Oliver referred to was the looming presence of Prince Andrew, the third child of Queen Elizabeth II and Prince Philip and ninth in line to the throne, who’s been accused of having underage women trafficked to him as part of Jeffrey Epstein’s sex-trafficking operation. (He has denied these allegations.) Virginia Giuffre alleged she was one of those minors sex-trafficked to Prince Andrew and the royal settled with her over it earlier this year, while an employee on Epstein’s private island, dubbed “Pedophile Island,” claimed to have witnessed Prince Andrew “grinding” on a topless girl.