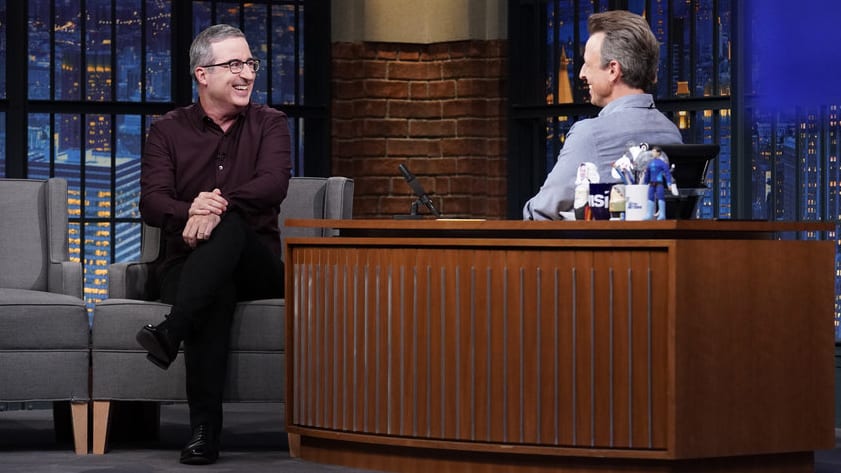 It was only fitting that John Oliver was Seth Meyers’ first guest on the day that Britain buried Queen Elizabeth II.

After the Late Night host congratulated Oliver for beating his show out to win his seventh consecutive Emmy this month for Outstanding Variety Talk Series, Oliver admitted that he hates award shows and it “would have been nicer to see you literally anywhere else on Earth,” comparing the event to a “royal funeral without a dead Queen.”

With that line, they were off and running with commentary about what Oliver clearly sees as his home country’s over the top reaction to the death of its long-standing monarch. As Late Night’s unofficial “royal correspondent,” the Last Week Tonight host was quick to feign distress over what he described as “10 days in forced mourning,” offering up a “sorry for our loss” to Meyers’ British drummer.