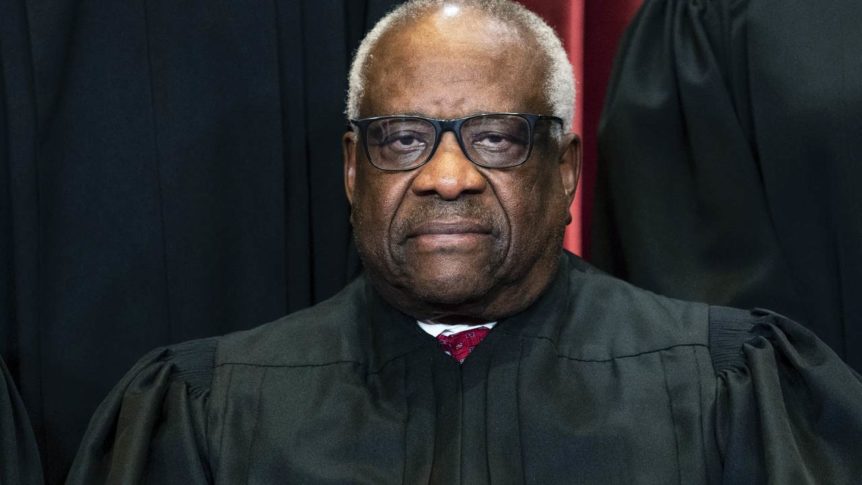 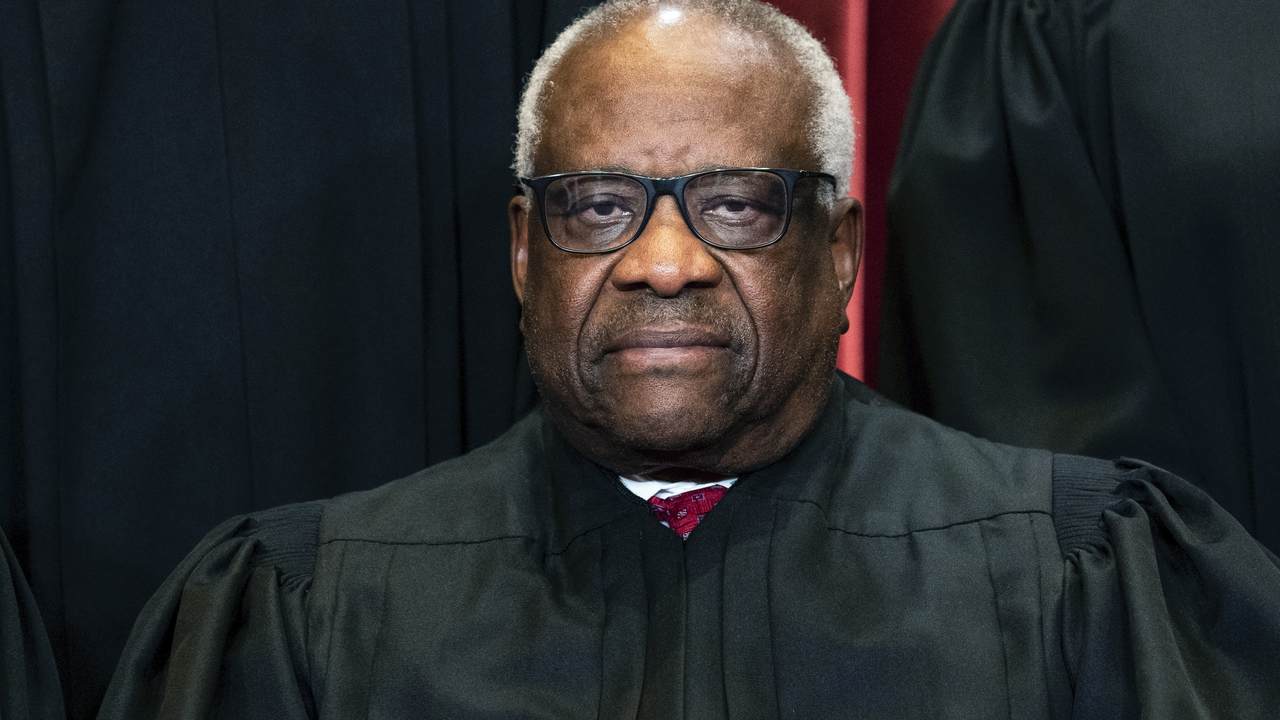 As I read about the hate-filled ideology of critical race theory engulfing almost every institution in our country, poisoning the minds of children, my mind harkens to Justice Clarence Thomas. His life can serve as a guidepost for how to stop this Marxist ideology from destroying our individual lives and our nation. His example also reminds us to set our eyes and hearts on things that transcend politics and this life.

For a significant period, racism drove Justice Thomas away from his faith and principles and made him resent the solid formation of his youth. Eventually, however, Justice Thomas saw in his Catholic faith and in America’s founding documents a solid theological and philosophical basis for our common dignity and equality in God’s eyes. There Thomas discovered the surefire antidotes to racism.

Through many ups and downs, Justice Thomas cultivated the virtues of courage, faith, and humility we all need in this divisive age. His story provides an excellent blueprint for anyone who might otherwise become mired in hatred and resentment for his or her fellow Americans simply because of their race, as he very nearly did.

The documentary film, Created Equal: Clarence Thomas in His Own Words, makes the hostility Justice Thomas suffered at the hands of all kinds of people, including racists, leftists, black and white Americans alike, painfully palpable. Released last year, its lessons are clearly just as important today.

As a child, Justice Thomas grew up in impoverished conditions, until his mother sent him and his brother to live on their grandfather’s farm. Being raised by Myers Anderson, his stern, virtuous grandfather was pivotal for the young Thomas. He provided his grandsons with structure and discipline, and by his example, taught them how to work hard and keep their faith, despite suffering adversity and racism.

Justice Thomas attended Saint Benedict Grammar School, where Irish Catholic nuns also made an indelible positive impact on Thomas. The nuns saw in him great intellect and talent. They encouraged him to strive for academic excellence and to pursue God ardently.

But having suffered painful racist treatment during other chapters of his life, even in a Catholic seminary by his peers and directors, and witnessing how racism harmed his grandfather, the young Thomas became a radical leftist in the Black Power movement while in college in the late 1960s. He was consumed by rage and bitterness.

The anger he felt inside became his religion, taking the place of Catholicism, and “racism and race explained everything,” Thomas said. He began to resent his grandfather and the Catholic principles that shaped him. He very easily could have succumbed to his rage, faded into obscurity, and let his life be destroyed by these all-consuming negative thoughts and emotions.

But clearly, that is not how his story ended (and despite the wishes of critical race theory Marxists, it’s not how America’s story should end either).

Instead, the young Thomas turned to prayer after a night of violent protests that had become a frequent occurrence during his college years. The protests were fueling the hatred he felt, but he began to see they were improving nothing. “If you take this anger out of my heart,” Thomas told God, “I will never hate again.”

His prayer was answered, and he began to turn back to the principles that shaped him during his youth, though to his later regret, fully returning to his faith would take a quarter century. But a sound conscience once formed is hard to shake, and it remained at the core of his being even while he was away from the church.

His experience of racism in America was a significant part of his decision to go to law school. “You couldn’t walk across certain parks; you couldn’t go to certain schools; people’s property being taken; people taking advantage of him [my grandfather] because they could say ‘the law did this’ or ‘did that.’ So, I decided I was going to go to law school.”

There too, racism reared its ugly head, and again several years later in the Senate confirmation hearings, led by then Senator Joseph Biden, for Thomas’ Supreme Court nomination.

Then Sen.Biden and other Democrats brazenly and baselessly attempted to malign Thomas’s character to derail his confirmation. As a nominee, he described their despicable treatment in unforgettable terms: “This is a circus. It’s a national disgrace. And from my standpoint, as a black American, it is a high-tech lynching for uppity blacks who in any way deign to think for themselves, to do for themselves, to have different ideas, and it is a message that unless you kowtow to an old order, this is what will happen to you. You will be lynched, destroyed, caricatured by a committee of the U.S. Senate rather than hung from a tree.”

Nevertheless, Justice Thomas was ultimately confirmed to serve on the Supreme Court where he has upheld the Constitution and defended the law unwaveringly for three decades.

The incredible turning points and accomplishments in Justice Thomas’s life teach us all how we can rise above the nastiness brewing in the political realm today by holding fast to the transcendent principles of objective truth, justice, and equality. Racial slurs, injustices, and liberal condescension have not succeeded in depriving Justice Thomas of his peace, joy, or excellent humor. Nor have they made him doubt his own dignity as a child of God.

The Marxist left is on a mission to upend our culture, rewrite our history, and destroy this country. They have already had alarming success infiltrating a wide swath of American institutions. Let’s not let the bullies on the left win this temporal battle. Instead, let us have courage and decide like Justice Thomas “that the principles on which I was raised — the principles of this country [are] worth dying for.”

A man of great humility and hard-earned wisdom, Justice Thomas quoted Saint Francis of Assisi in a 2018 commencement speech at Christendom College, and it’s something we all need to hear today: “What you are in God’s sight is what you are and nothing more.”

With that liberating truth in mind, when Marxist pseudo-academics spew the lie that white people are inherently racist, in other words, that we are inherently evil, we must categorically reject that lie.

When Marxist activists screech that black people are inherently oppressed, boxing them into a permanent position of victimhood and resentment, they should categorically reject that debilitating lie. The Marxists are not God, and they do not have the authority to define any of us.

We are all equal, created and loved by God, and destined for happiness with Him in eternity. Marxists cannot see past the material and aim no higher than petty temporal power grabs. They will not be satisfied until everyone mindlessly professes the tenets of their joyless, empty creed.

Fortunately, like Justice Thomas did, against all odds, Americans have the choice to reject Marxists’ lies outright with courage, humility, and conviction and instead pursue truth and excellence.