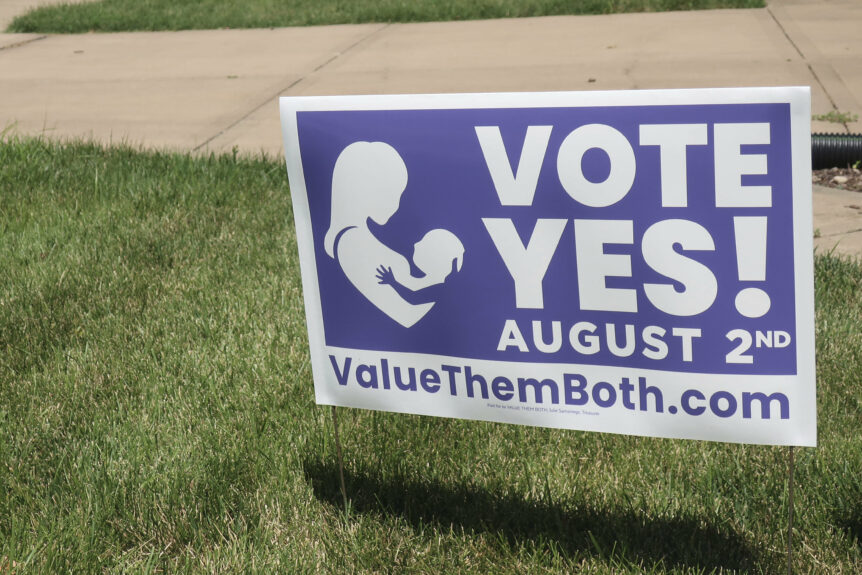 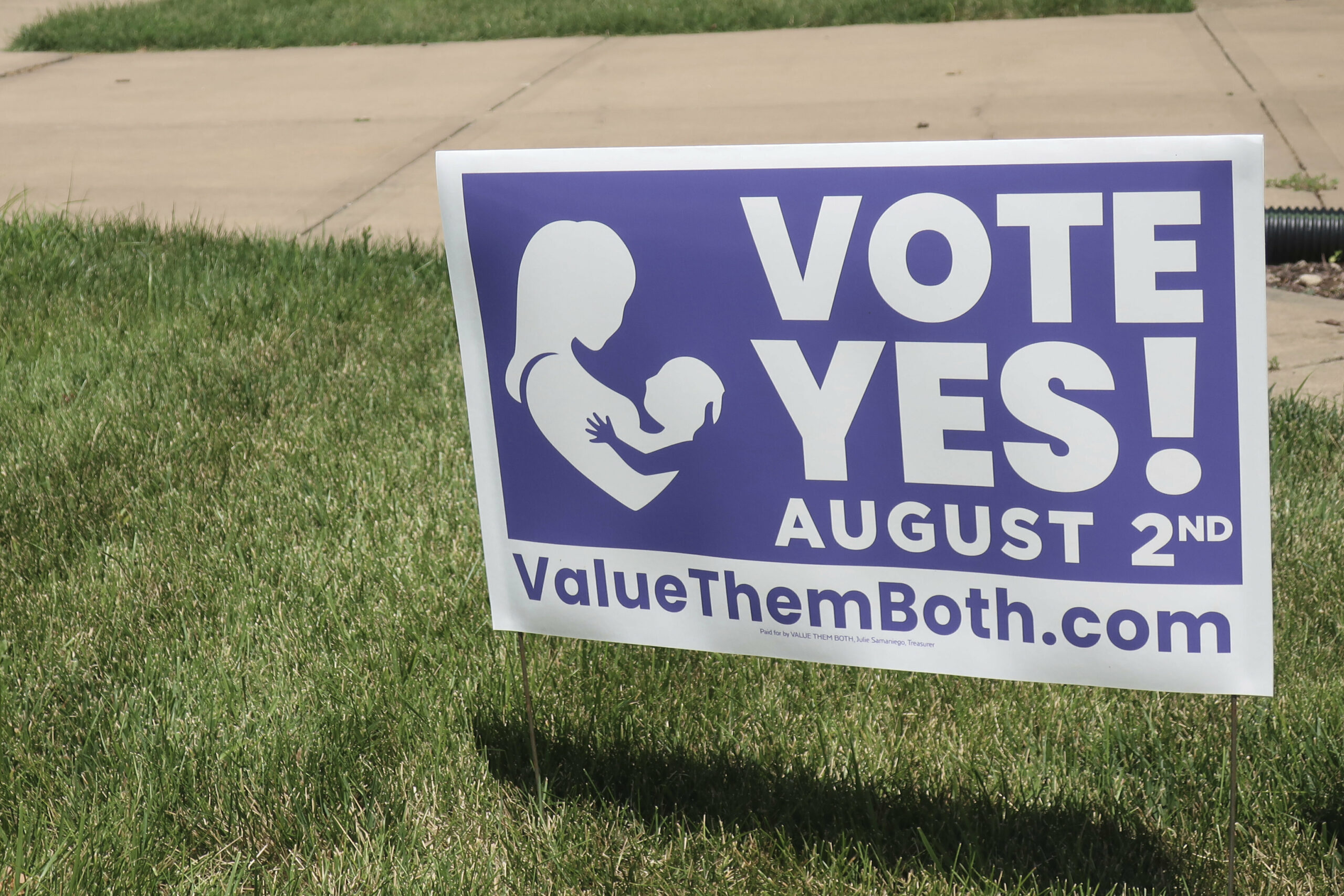 FILE – In this photo from Friday, July 8, 2022, a sign in a yard in Olathe, Kansas, promotes a proposed amendment to the Kansas Constitution to allow legislators to further restrict or ban abortion. Supporters call the measure “Value Them Both,” arguing that it protects both unborn children and the women carrying them. Alabama, Arizona, Georgia, Kansas and Missouri all have personhood laws. (AP Photo/John Hanna, File)

For the first time since Roe v. Wade was overturned in June, Kansas citizens will have their opportunity to make it known how they feel about abortion. On Tuesday, the people of Kansas will vote on the Value them Both Amendment. If the amendment is passed, it would declare there is no right to an abortion in the state while also allowing the state legislature to write laws on the issue.

Following a 2019 state Supreme Court ruling, abortion became a constitutional right under the state constitution. Legislators can only legislate on the issue if the state “has a compelling and narrow interest” in the regulation. This has meant the furthest the state has been able to go in banning the procedure is a 22-week gestation limit and a 24-hour waiting period.

POLLS ARE OPEN ACROSS KANSAS!

Today is the day. Get out and vote YES on #ValueThemBoth! Find your polling location here >> https://t.co/kACq4xSb2u pic.twitter.com/RG0xeJHled

According to pro-life activists, the ruling as it currently exists will open the door for unlimited abortion and the repeal of existing restrictions.

“So in 2019, the Kansas Supreme Court basically cleared the path to unlimited abortion in our state’s constitution by discovering a nearly unlimited right to abortion,” said Peter Northcott, Executive Director of Kansans for Life. “So now, every single one of our pro life laws, from parental notifications to our bans on taxpayer funded abortions are now in danger of being struck down.”

Pro-abortion activist and former Governor Kathleen Sebelius (D- Kan.) claimed state Republicans structured the referendum to be confusing and set it for a primary because they know Democrats are less likely to turn out.

“The amendment is very confusing,” explained. “It’s written in a very convoluted way and it takes a lot of explanation. And the legislature specifically chose what they thought would be the very lowest turnout election possible.”

On the ground activists have confidence that ‘no’ will prevail more than Democrat politicians. One activist from the ‘no’ side, Jessica Roland, believes that most Americans support abortion access and the referendum will prove that it doesn’t stop at the Kansas border.

“The majority of Americans do feel that abortion should be legal, so we’ve gotta get you out there and we’ve gotta get your voice heard,” she asserted. “We’re just trying to build a community, and change some hearts and minds if we can.”

Polling has been scant. Based off a poll that was taken a few weeks ago, however, it’s expected that it could be a tight race for the amendment. Forty-seven percent of potential voters said they’d vote yes and 43 percent said they’d vote ‘no.’ The remaining 10 percent in the balance is undecided. Early voter turnout has also reportedly shattered expectations. The pro-choice side sees that as an indication that the amendment will go down in defeat.

We FEEL the energy heading into Election Day! 🔥

Our grassroots team and @sbaprolife student canvassers rallied this morning before heading out to meet Kansans to encourage them to vote YES on #ValueThemBoth! pic.twitter.com/7VDwI5PDpn

Despite the headwinds and high court rulings, pro-life Kansans are confident that on Tuesday, Kansas will become the first state to value both the mother and her baby in the womb through referendum.