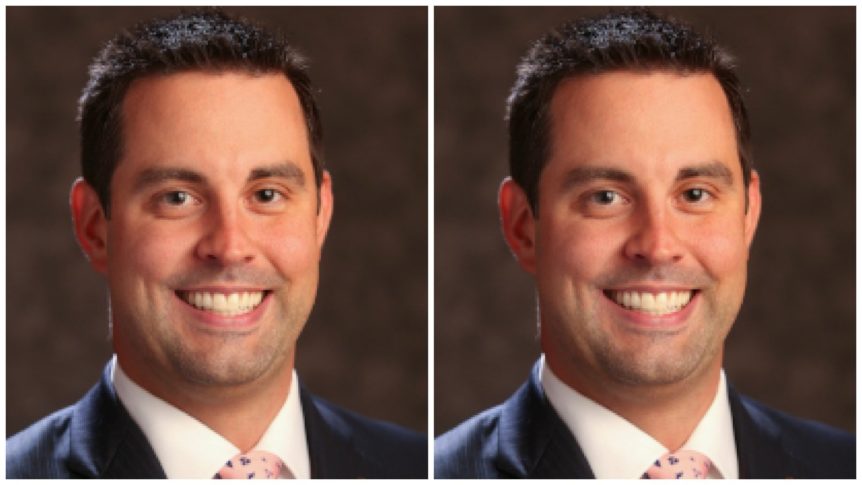 “Did it hurt?” State Rep. Mark Samsel asked the student after allegedly kneeing him in the crotch.

The 36-year-old Republican is now charged with misdemeanor battery and barred from teaching again in the Wellsville school district, The Kansas City Star reported.

But Samsel doesn’t seem to have any regrets. The newspaper says that after he posted $1,000 bail, he took to Snapchat to say “it was all planned.”

“Every little bit of it. That’s right. The kids and I planned ALL this to SEND A MESSAGE about art, mental health, teenage suicide, how we treat our educators and one another. To who? Parents. And grandparents. And all of Wellsville,” he said in the bizarre post.

Samsel did not respond to a request for comment from The Daily Beast.

But it appears many students and parents were horrified by Samsel’s Wednesday tirade. The newspaper says that students sent in recordings of his insanely inappropriate and offensive comments, including his claim that a sophomore had tried to kill himself because his foster parents are lesbians:

The Star reports that the videos show Samsel got into an argument with one particular student.

“You were not following—not my rules—God’s rules right now,” he reportedly told the student. “You better take a Bible.”

He allegedly got physical with the child, pushing him and grabbing him from behind.

“Class, you have permission to kick him in the balls,” the second-term lawmaker, an attorney, is heard saying.

The school district said it is investigating, while House Speaker Ron Ryckman said in a statement that “we’re not yet aware of the details and in the process of gathering as much information as we can.”