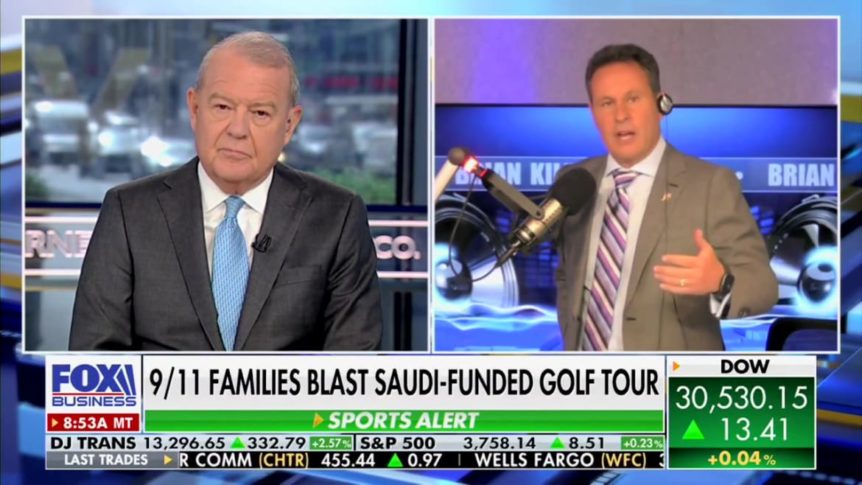 Fox News host Brian Kilmeade vociferously defended the controversial Saudi-backed golf tour on Tuesday, seemingly dismissing the intense backlash the league has received from families of the victims of the 9/11 terror attacks.

Additionally, the Fox & Friends star suggested, the LIV Golf tour is necessary because the PGA moved tournaments away from former President Donald Trump’s golf courses after the Jan. 6 insurrection.