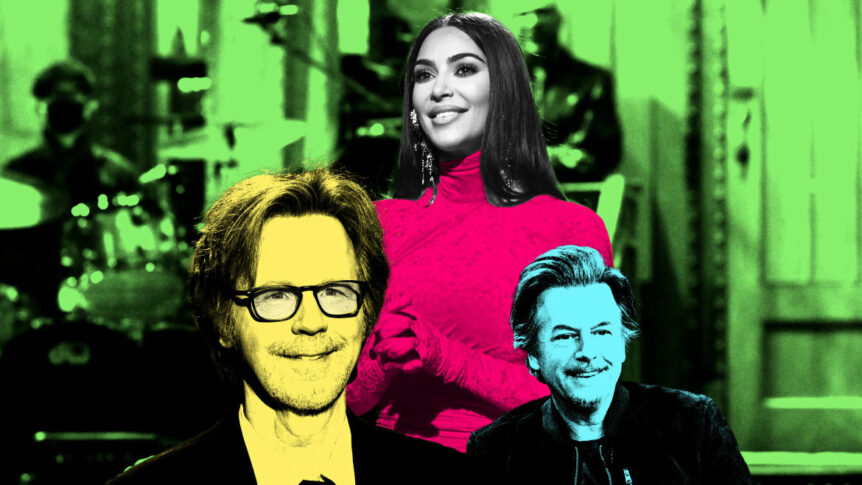 Since launching their popular podcast Fly on the Wall a year ago this week, Dana Carvey and David Spade have interviewed dozens of former Saturday Night Live cast members, hosts, and musical guests about their experience on the iconic show. Guests have included everyone from their close friends Adam Sandler and Conan O’Brien, to huge stars like Tom Hanks and Paul McCartney, to a rare sit-down with SNL creator himself, Lorne Michaels.

This Wednesday, when the Cadence13 podcast returns for its second season, they will flip the script as late-night host Jimmy Kimmel stops by to interview the two hosts, who share some genuinely hilarious stories about working with Chris Farley and Norm Macdonald, among many others. And as you can see from the exclusive clip below, Carvey and Spade do not hold back when talking about how different celebrity hosts have handled one of the most pressure-filled gigs in show business.

Kimmel begins by asking them about what it was like when Michael Jordan hosted SNL in 1991 when both Carvey and Spade were in the cast.