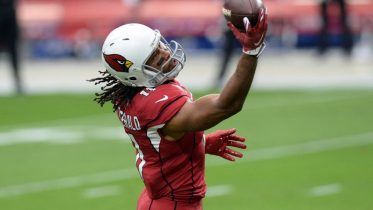 While Fitzgerald has yet to publicly announce his retirement from the NFL, this appears to be another step in that direction. He labeled himself as an “Investor. Philanthropist. Former-Athlete” on his profile.

“Excited join the LinkedIn community! Looking forward to connecting and sharing ideas together through the platform,” Fitzgerald wrote on Twitter.

Fitzgerald, 38, played his entire career with the Cardinals, who used the third overall pick of the 2004 NFL Draft on him. He last played in the 2020 season.

With the Cardinals, he made 11 Pro Bowl teams and played in Super Bowl XLIII, a 27-23 loss to the Pittsburgh Steelers to conclude the 2008 season.

Once he officially retires, Fitzgerald’s election into the Pro Football Hall of Fame, when he’s eligible, is certain. His 1,432 career receptions are second only to the legendary Jerry Rice (1,549), and he is second in receiving yards with 17,492, again trailing only Rice (22,895). He is sixth in touchdown receptions with 121, behind five current Hall of Fame members.