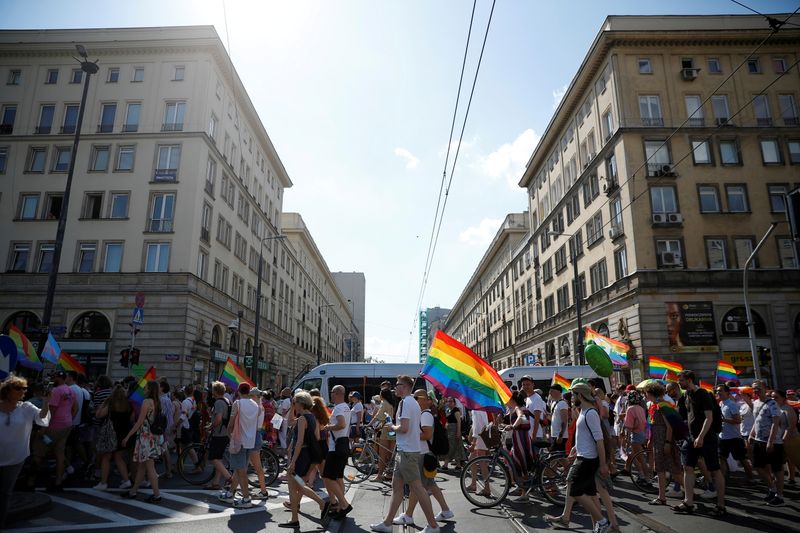 BERLIN (Reuters) – Europe must fight against discrimination of the LGBTI community and defend fundamental rights, the leaders of 16 European states said in a jointly-signed letter to the heads of the European Union on Thursday.

“Respect and tolerance are at the heart of the European project,” the letter, addressed to EU Commission President Ursula von der Leyen and EU Council President Charles Michel, said.

“We are determined to continue these efforts and to ensure that Europe’s future generations grow up in an environment of equality and respect,” it added.

The European Commission will take action against Hungary over planned new restrictions on LGBT rights, the head of the bloc’s executive announced on Wednesday, saying they violated fundamental EU values.