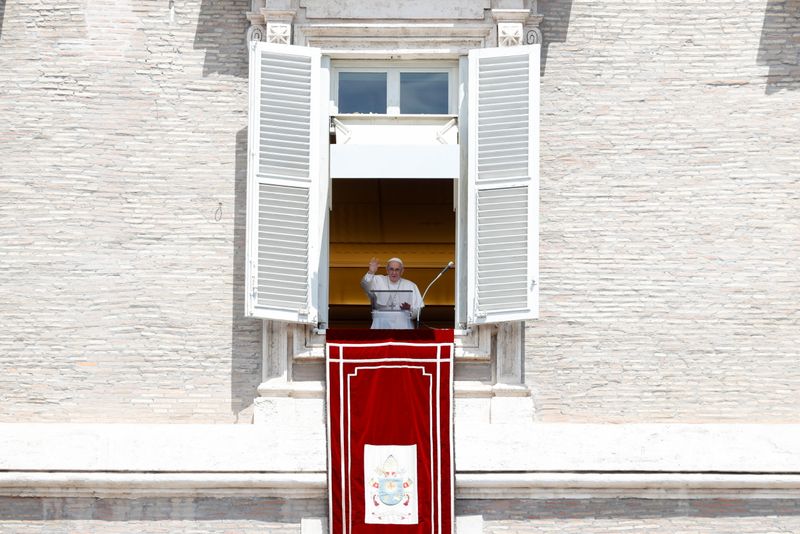 Pope Francis leads Angelus prayer from his window at the Vatican following intestinal surgery, at the Vatican, July 18, 2021. REUTERS/Remo Casilli

VATICAN CITY (Reuters) – Pope Francis made his first public appearance since returning to the Vatican mid-week after an 11-day hospital stay, telling wellwishers they should take a break and switch off from the stresses of modern life.

“Let us put a halt to the frantic running around dictated by our agendas. Let us learn how to take a break, to turn off the mobile phone,” Pope Francis said in his weekly address from a window overlooking St. Peter’s Square.

The 84-year-old pope had part of his colon removed in an operation on July 4 — the first time that Francis has faced a significant health concern during his eight-year papacy.

He led last Sunday’s Angelus prayer and blessing from the balcony of his suite at Rome’s Gemelli hospital and returned to the Vatican on Wednesday, where he needed help from assistants to get out of his car.

He looked well on Sunday, speaking with a clear, strong voice.