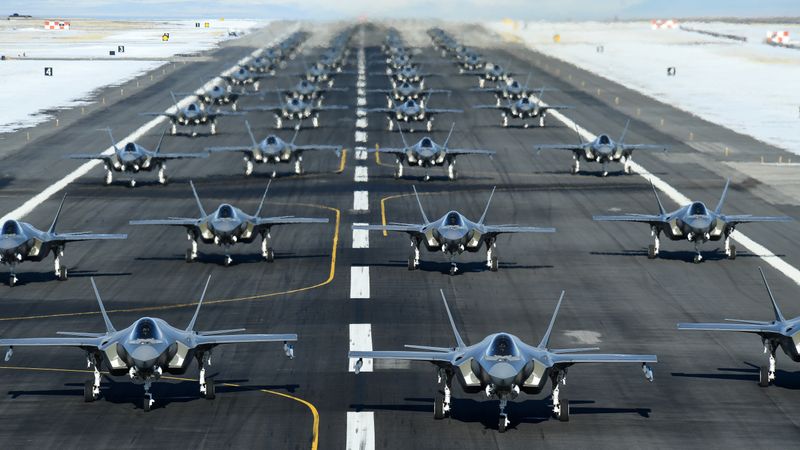 WASHINGTON (Reuters) -Lockheed Martin Corp said future F-35A fighter jets could be more expensive as rising inflation and customer demands halt a 64% drop in price since the jet was first introduced in 2007.

The first F-35A cost $221 million when it came off the production line in 2007. Since then, production quantities and know-how have increased, helping the price of the stealthy fifth-generation fighter drop to $79 million today as it gained appeal and buyers in 15 countries.

That trend may be over for the jet which has been criticized for its cost since the day it first took flight. A price increase will open Lockheed to complaints from U.S. lawmakers who will not want to see more money spent on the Pentagon’s most expensive program. Moreover, the news comes as Lockheed negotiates its next contract with customers including the Pentagon.

The F-35 comes in three configurations, the A-model for the U.S. Air Force and U.S. allies; an F-35 B-model, which can handle short takeoffs and vertical landings; and carrier-variant F-35C jets for the U.S. Navy.

Possenriede said the price for B and C variants would likely “either stay where it is or continue to come down the learning curve.”

Lockheed raised its full-year earnings per share guidance as the U.S. weapons supplier’s space business boosted revenue in the second quarter, while a $225 million loss in a classified aeronautics development program caused the company to miss analyst’s earning per share estimates.

(Reporting by Mike Stone in Washington; Editing by Dan Grebler and Andrea Ricci)