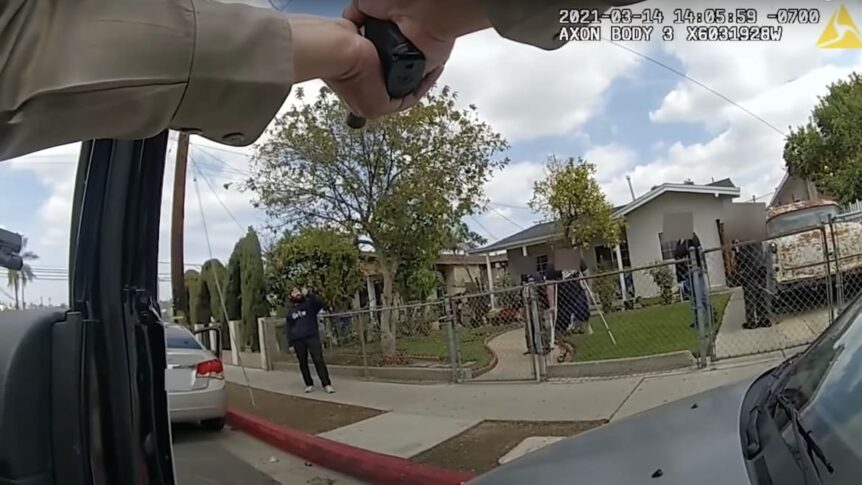 A Los Angeles County Sheriff’s Department (LASD) deputy is facing two felony counts for continue to fire on a suicidal man who had already been shot by police and was lying on the ground, District Attorney George Gascón announced Thursday.

Remin Pineda, who also happened to turn 38 on Thursday, stands charged with assault with a semiautomatic firearm and assault under color of authority for the on-duty shooting death of 34-year-old David Ordaz Jr. last year.

The case prompted national headlines, as well as a federal civil rights lawsuit by the Ordaz family, which accused Pineda and three other deputies of using “unnecessary and lethal force to unjustifiably kill” the father of three on March 14, 2021.