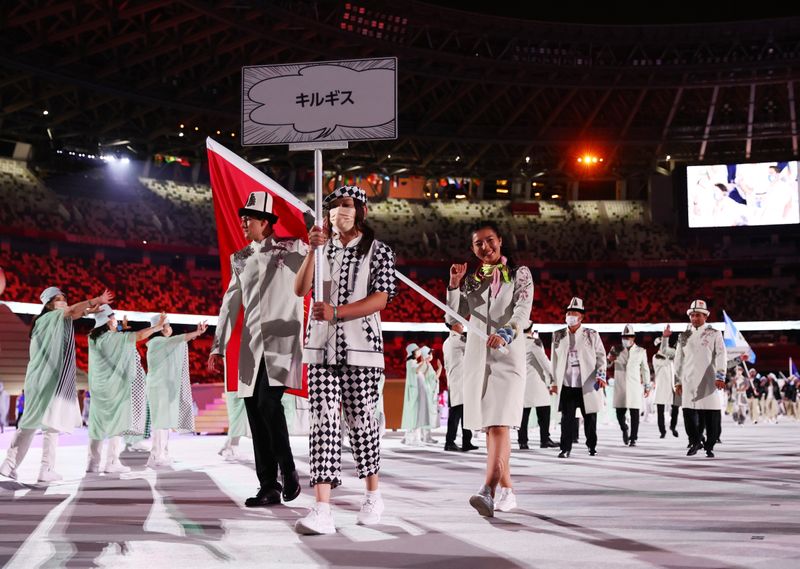 TOKYO (Reuters) -Kyrgyzstan’s Olympic team paraded maskless into Tokyo’s Olympic Stadium at Friday’s Games opening ceremony, marking an awkward contrast with all the national teams who had preceded them in masks – and in accordance with COVID-19 protocols.

Just one of the central Asian country’s athletes covered his face, with the other members of the small delegation, including its two flag bearers, waving and smiling as they walked in.

A short while later the Tajikistan team marched in similarly maskless, while Pakistan’s two flagbearers also chose not to cover their faces, unlike the vast majority of the other participants at the ceremony.

Tokyo 2020 organisers did not immediately respond to a request for comment about the delegations without masks.