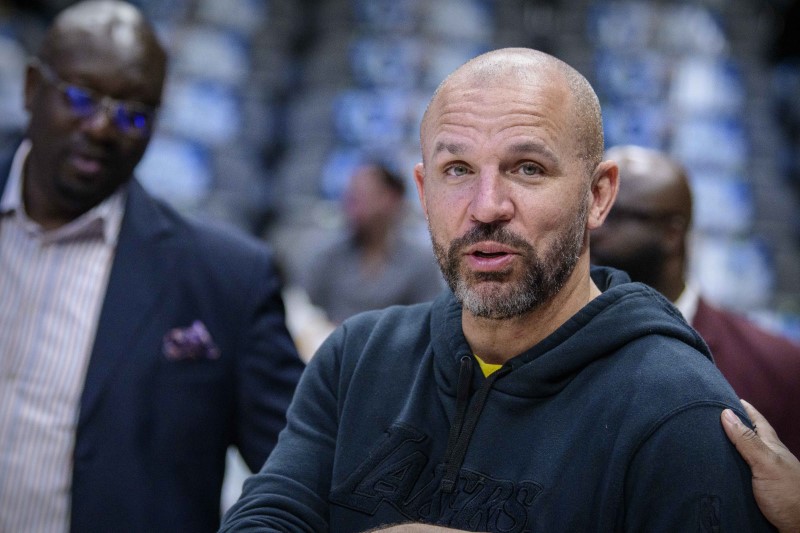 The moves come after Rick Carlisle resigned after 13 seasons as head coach on June 17, one day after longtime general manager Donnie Nelson was let go after 24 seasons with the franchise.

Kidd will begin his third stint in Dallas after spending eight of his 19 NBA seasons as a player with the club. He also helped the Mavericks to the 2011 NBA title.

“We are excited to welcome J-Kidd and his family back to Dallas,” Mavericks owner Mark Cuban said. “He possesses a winning mentality that carried him through a Hall of Fame career as a player and has helped him successfully transition to the NBA’s coaching ranks. We are eager for him to get to work and lead our franchise and talented young players into the future.”

Kidd welcomed the opportunity to coach the Mavericks in a statement released by the team.

“Dallas has meant so much to me as a player and I want to thank Mark Cuban for the opportunity to return as a head coach,” Kidd said. “I am excited to get to work with this young, hungry and incredibly talented team and to continue to build a winning legacy for the Mavericks organization.”

Kidd, 48, most recently served an assistant coach under Frank Vogel with the Los Angeles Lakers. Kidd was a 10-time All-Star and spent part of his career playing for the Mavericks, who selected him No. 2 overall in the 1994 draft, then traded him in 1996. Kidd returned to play in Dallas from 2008-12.

Harrison has relationships with players throughout the NBA because of his time with Nike. ESPN previously said he developed a tight relationship with all-NBA guard Luka Doncic as he helped him to navigate his role as a Nike endorser.

“We are very excited to bring Nico Harrison to Dallas and have him join our organization,” Cuban said. “Nico brings a wealth of basketball knowledge along with both executive and leadership skills. He has proven to have a unique eye for talent on and off the court. I’m looking forward to watching Nico lead the Mavs to new heights.”

During his time with Nike, Harrison supervised the company’s basketball brand managers and worked closely with star players such as Hall of Famers Michael Jordan and Kobe Bryant.

“It’s a true honor to be the general manager of the Mavericks; an iconic franchise with a rich history not only within the NBA, but across sports,” Harrison said. “I’m grateful for this rare opportunity and want to thank Mark and the rest of the organization for putting their trust in me to move the team to the next level.”