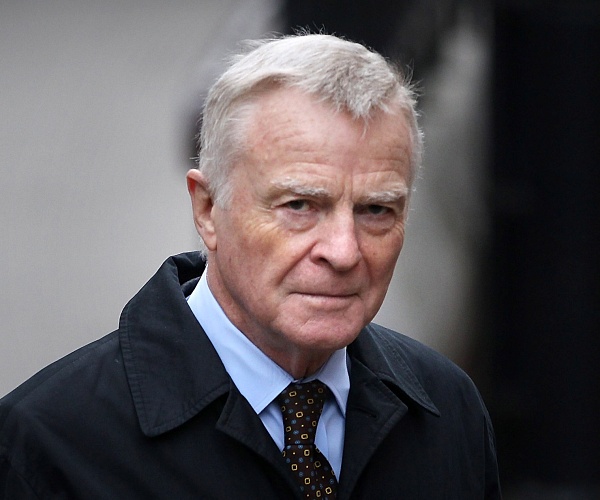 When British racing car kingpin and former FIA (Federation Internationale de l’Automobile) President Max Mosley died last week at age 81, he was remembered primarily as just that — a titanic figure in motorsports, who brought increased safety and green technology to what had begun as a hobby for him.

Like sports superstars, he was usually referred to simply by his first name. “Max” was a legend in the modern world of motor racing he helped to mold.

But many who watched “Max” also felt that his accomplished life in racing was a substitute, or a distraction, from the avocation he truly craved: politics.

That was because of his last name. As the leader of the British Union of Blackshirts, his father, Sir Oswald Mosley, was inarguably one of the most notorious figures in 20th Century British history.

Thanks to television and the teaching of history, the elder Mosley remains hated throughout the U.K. to this day.

With encouragement (and financial support) from Mussolini and Hitler, who attended Mosley’s 1933 wedding to second wife Lady Diana Mitford at the home of Propaganda Minister Josef Goebbels, Sir Oswald held mass rallies of his Blackshirt legions that often descended into violence.

Visitors today to London’s Cable Street are inevitably reminded that in 1936, the street was a primarily Jewish neighborhood where Sir Oswald led a march that resulted in clashes with police and bloodshed. The government subsequently banned the wearing of the blackshirt in public.

Mosley’s movement lost its early, moderate, middle-class support following violent outbursts such as that march. To this day, the Public Order Act of 1936 stands, banning the wearing of political uniforms and giving police increased powers with which to prevent such marches.

In 1940, one month after Max’s birth and as the British prepared for war with Germany, Sir Oswald and Diana and other Nazi sympathizers were imprisoned as security risks on the Isle of Man. Three years later, they were released and, with Max and his two brothers and sister, divided their time between Ireland and Paris.

Although Sir Oswald always proclaimed his loyalty to the United Kingdom, documents declassified a half-century later showed evidence that had Hitler overcome the British, he would have placed former King Edward VIII and wife Wallis on the throne and made Mosley prime minister.

Max Mosley earned a degree in physics from Christ College, Oxford. He went on to study law and qualified as a barrister, having been called to the bar at Gray’s Inn. Politics seemed to beckon him in the 1960s.  But his father still dreamed of a comeback and, at often boisterous and violent rallies, Max served as Sir Oswald’s bodyguard. At one point, he was arrested on charges of injuring a heckler, but was acquitted on the grounds he was protecting his father.

By 1980, the year Sir Oswald died, Max was working as a barrister, doing volunteer work for the Conservative Party, and eyeing a bid for the House of Commons. But there was no way Prime Minister Margaret Thatcher and Conservative Party Chairman Cecil Parkinson were going to let someone named Mosley be nominated for Commons and have to explain why.

In schools, the nefarious activities of Sir Oswald and the Blackshirts were taught and are taught to this day.  Hilary Fordwich, who grew up in Surrey, U.K., in the 1970s and is now a businesswoman in the Washington D.C. area, recalled to Newsmax that “[Mosley’s] leanings, undermining King & country, embracing fascism and affiliations with both Mussolini and Hitler as well as anti-Semitism, were widely known.”

She added that “[n]eedless to say, he was not remembered with any sort of reverence.”

In the 1990s, Max’s older half-brother, novelist Nicholas Moseley, wrote two critically-acclaimed (and very revealing) books on his father and “growing up Mosely” — “Rules of the Game” and “Beyond the Pale.”

In 1998, British viewers were treated to a four-part miniseries entitled “Mosley,” with Jonathan Cake as Sir Oswald and Emma Davies as wife Diana. The much-watched series lays out the anti-Semitism, Fascist connections, and violence that surround the most controversial English politician in memory — who was also, the film reminds us, a serial adulterer.

By the late 1990s, Mosley finally left the Conservative Party and began donating to the Labour Party then under the aegis of Prime Minister Tony Blair — who had no qualms about accepting contributions from the FIA president, even if his name was Mosley.

In 2018, however, Labour under far-left leader Jeremy Corbyn, decided not to accept any more checks from Mosley.  The Daily Mail unearthed a pamphlet from 1961 written by the young Mosley on behalf of a candidate supported by his father. Among other things in the pamphlet was “[t]here is no medical check on immigration. Tuberculosis, VD and other terrible diseases like leprosy are on the increase. Coloured immigration threatens your children’s health.”

It didn’t matter to Labour that this was written when the young Mosley was working for his father or, as he pointed out, that he certainly wasn’t a racist in 2018.  In his words, “I ran campaigns to stamp out racism when I ran the FIA. You can’t be racist when you run a world organisation with members from 130 countries.”

Max Mosley once said he embraced motor racing and its culture because “nobody gives a damn” about Oswald Mosley.  But he also said “if I had a completely open choice in my life, I would have chosen party politics, but because of my name, that’s impossible.”

John Gizzi is chief political columnist and White House correspondent for Newsmax. For more of his reports, Go Here Now.

Could this candidate bring tax relief to New Jersey? 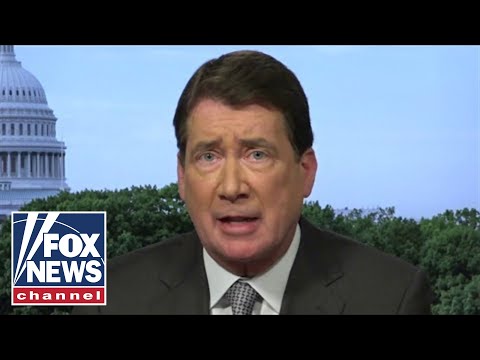