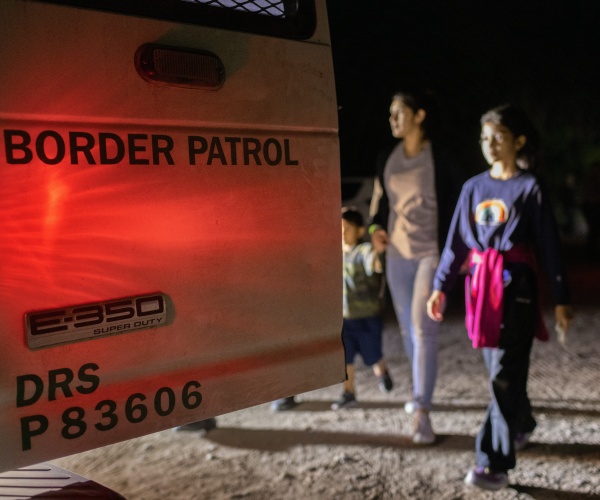 “In just a few short months, President Biden’s actions have created the worst humanitarian, national security, and public health crisis ever seen at our southern border,” McCarthy said in a statement released Wednesday.

“Now, he is adding fuel to the fire by formally ending the Migrant Protection Protocols. First implemented under the Trump administration, this orderly process worked by requiring migrants to remain in Mexico until their asylum process was complete. If it was determined their asylum request was valid, they would then be allowed into the United States.

“That’s how the system should work: a fair and transparent process carried out in accordance with the law,” he added

Homeland Security Secretary Alejandro Mayorkas announced an end to the program earlier Wednesday, citing the lack of access to the U.S. for migrants awaiting their court date in Mexico.

McCarthy said Biden removed the process “to reinstate the failed method of ‘catch and release’ with no accountability or consequences for individuals taking advantage of our system.

“This decision is the latest in a long line of misguided policies from President Biden and the Democrats, and it’s imperative that the Biden Administration immediately reverses this irresponsible decision and reinstates the ‘Remain in Mexico’ policy before the crisis gets even worse,” he said.