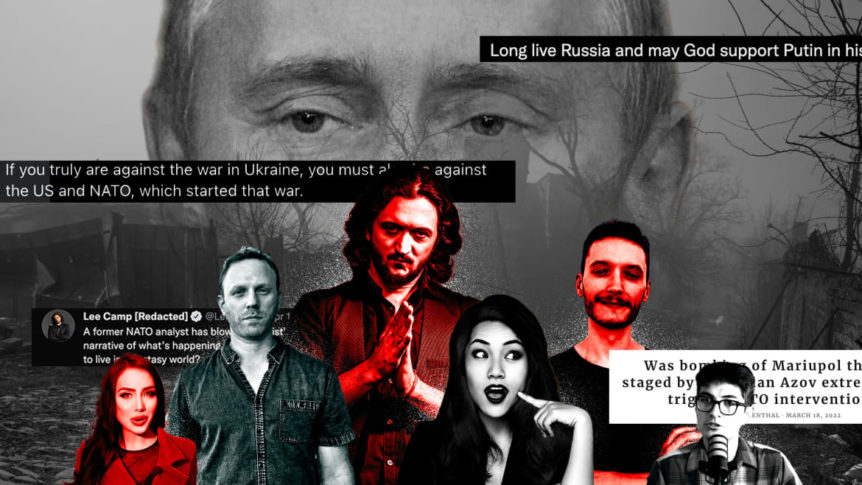 In March, the former TV host found himself out of a job when RT America shut down in the wake of Vladimir Putin’s illegal invasion of Ukraine. Make no mistake though: Camp does not find himself destitute. Since RT’s closure he has continually directed his followers to give to him on the fundraising platform Patreon. There he has more than 1,900 donors giving in tiers of $5, $10, $25, and $90. Even assuming his supporters mostly sign up for the lowest one, this would ostensibly net him thousands of dollars a month, possibly six figures a year.

A strong reward for a self-styled leftist, anti-war, anti-imperialist who has seen fit to deny repression and atrocities the world over while often putting forward narratives friendly to Putin’s invasion of Ukraine.