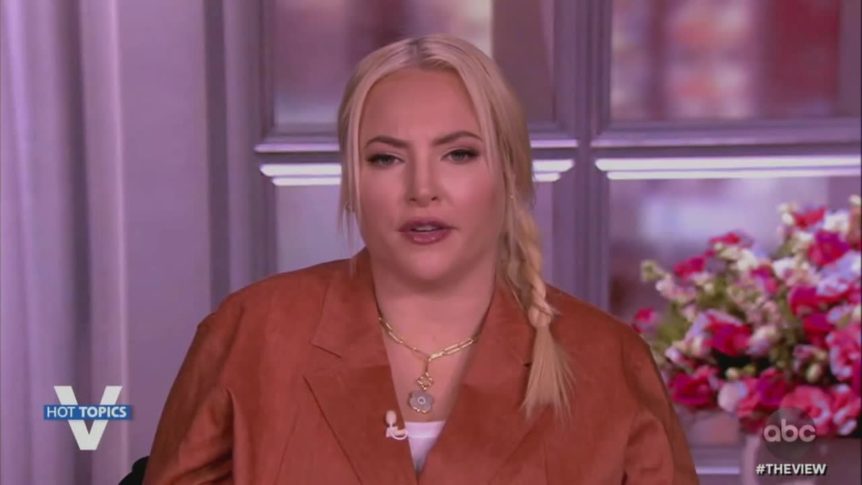 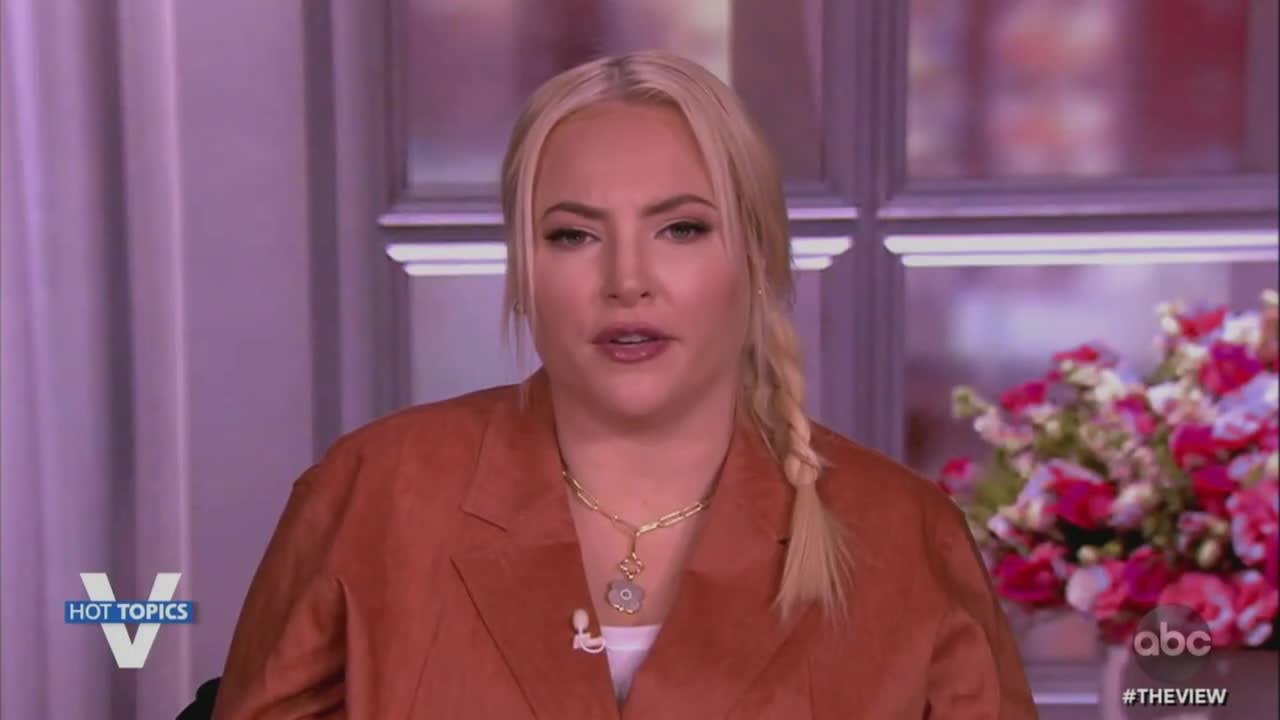 The View’s Meghan McCain on Monday dramatically denounced a Montana man who confronted Fox News star Tucker Carlson at a sporting goods store, describing the local fly-fishing guide’s actions as “incredibly dangerous” and comparing him to the congressional baseball shooter.

In a video that he shared on his Instagram account over the weekend, Dan Bailey can be seen telling Carlson “you are the worst human being known to mankind” as the Fox host was shopping at Dan Bailey’s Outdoor Company. (Oddly enough, Bailey has no affiliation with the shop other than sharing a name with the late founder.)

During the brief conversation, Carlson at one point puts his hand on Bailey’s chest as the man seemingly chastised the conservative media star for his vaccine-skeptical and racially inflammatory commentary. After Carlson realizes someone is filming him, he breaks out into a wide grin before calling Bailey “son” and walking away.

“This man has killed more people with vaccine misinformation, he has supported extreme racism, he is a fascist and does more to rip this country apart than anyone that calls themselves an American,” Bailey captioned his Instagram post, which went instantly viral.

McCain, meanwhile, took to Twitter to blast Bailey’s actions while criticizing those who applauded him.

“If you think accosting a public figure while they’re shopping for fishing gear with their family on vacation is somehow accomplishing something or changing anyone’s hearts or minds—you’re a hypocrite and have totally lost the plot,” she tweeted on Monday morning.

During Monday’s broadcast of The View, the entire panel appeared to express discomfort while somewhat condemning Bailey’s actions. Liberal co-host Joy Behar said she was “against public confrontations” and Sunny Hostin stated that Carlson “should be safe from being accosted or being confronted.”

At the same time, they both rationalized Bailey’s behavior, with Behar noting he was “very, very nice about it” and Hostin referencing Carlson’s own advocacy for public confrontations.

“This year Tucker Carlson told his audience to harass people who wear face masks outside,” Hostin noted. “He also said that members of the public should report parents to police and child services if they see children wearing masks as they play.”

McCain, however, worried that Bailey’s confrontation with Carlson would open the door to her and her fellow View hosts getting accosted in public.

“As incendiary as many people find Tucker Carlson, they find the women on this show equally incendiary, for different reasons,” she said. “So if it’s OK and to be expected, maybe there’s an expectation that wherever we go, it’s OK for people to come up to us and scream things and say things.”

She also took issue with Behar calling Bailey polite, describing the Montana man as a “total jackass and incredibly rude” before arguing that Bailey should be viewed on the same level as the man who shot a GOP congressman in 2017.

“We’re living in a time when people like Steve Scalise are being shot and wounded to the point where we don’t know if he’s literally going to survive and now he has to walk with a cane because people aren’t in control of themselves and aren’t in control of their mental health and they want to take out their aggression on public figures,” she exclaimed. “It is incredibly dangerous.”

After reiterating that people see the hosts of The View as being as controversial as Carlson while worrying about a “slippery slope,” McCain brought up the protest that occurred outside Carlson’s home in 2018, adding that Carlson’s wife “barricaded herself in her home in their pantry and called the police because so many protesters were outside their home here in Washington, D.C. trying to accost them.” (Police and media reports at the time questioned the veracity of Carlson’s description of the protest.)

“Any rationalization that this is normal and should be accepted in the United States of America is not only indecent, but it’s beyond the pale of any expectation of any kind of decorum in a society like the United States of America,” she concluded. “And anyone that tries to rationalize it is gross, and that man should apologize to Tucker Carlson.”

A Fox News spokesperson, meanwhile, reacted to Bailey’s confrontation with the following statement: “Ambushing Tucker Carlson while he is in a store with his family is totally inexcusable—no public figure should be accosted regardless of their political persuasion or beliefs simply due to the intolerance of another point of view.”

Critics, however, have pointed out that Fox News’ response seems a tad hypocritical not only due to Carlson urging his viewers to accost others in public but also because others on the network are no strangers to ambushing and blindsiding people with a camera in tow.