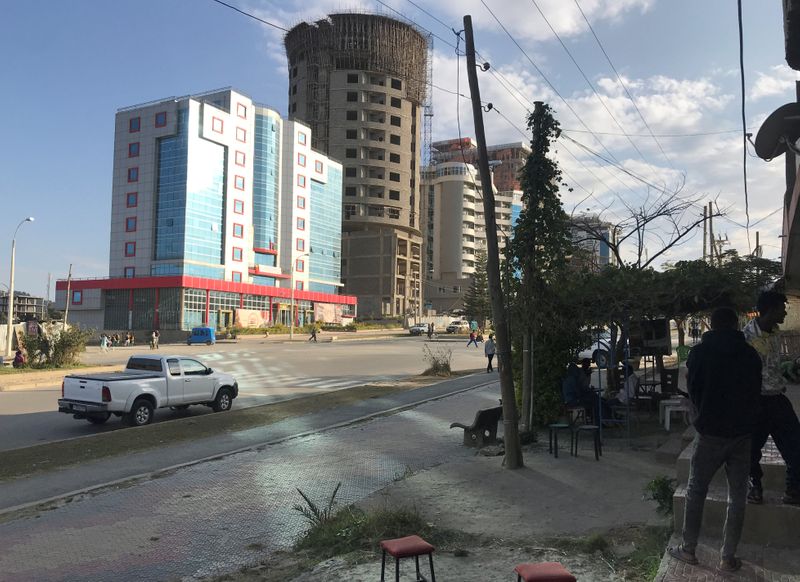 (Reuters) – The former governing party in Ethiopia’s Tigray region said on Monday it was back in control of the regional capital Mekelle, and three residents reported seeing troops in Tigray regional uniforms in the city for the first time since November.

“The capital of Tigray, Mekelle, is under our control,” Getachew Reda, spokesperson for the Tigray People’s Liberation Front (TPLF), told Reuters by satellite phone.

The Ethiopian prime minister’s spokesperson, the head of the government’s emergency task force on Tigray and the military’s spokesperson did not immediately respond to phone calls and messages seeking comment.

The eyewitnesses told Reuters that after the troops in Tigrayan uniforms surrounded the Martyrs’ Memorial Monument, some civilians entered the streets to celebrate. Fireworks briefly lit up the sky, they said.

Although the residents did not witness armed clashes in downtown Mekelle, Monday’s developments come amid recent reports of an escalation in fighting in between government troops and the TPLF outside the city.

Last week, residents reported that TPLF forces had entered several towns north of Mekelle, although in at least one case they withdrew within hours.

On Tuesday, an air strike killed over 60 people in the town of Togoga, to the northwest of Mekelle, a medical official told Reuters.

​ The attack was one of the deadliest reported incidents in months in a region where the government had said most major fighting ended last year.