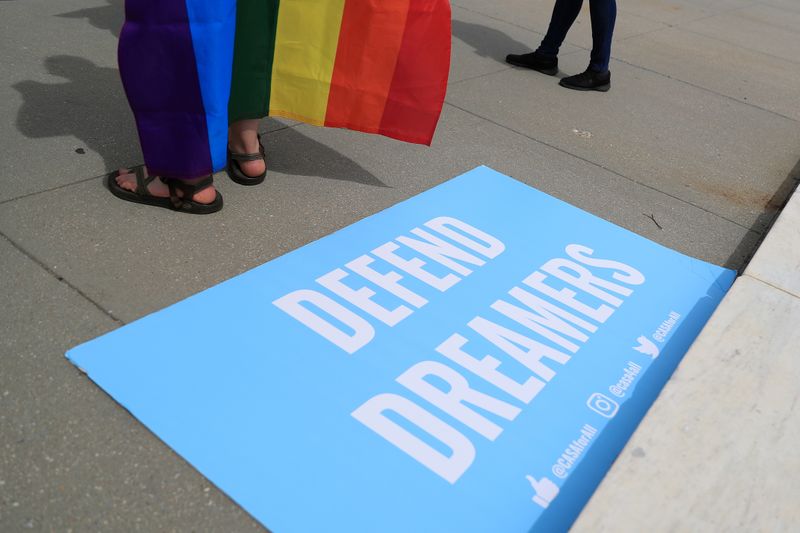 FILE PHOTO: A sign in support of DACA Dreamers lies at the steps of the U.S. Supreme Court after the court declined to hear a Trump administration challenge to California’s sanctuary laws, in Washington, D.C., U.S., June 15, 2020. REUTERS/Tom Brenner/File Photo

MEXICO CITY (Reuters) – The Mexican government regrets the decision by a U.S. judge that the Deferred Action for Childhood Arrivals (DACA) program violated U.S. law when it was created, a senior foreign ministry official said on Friday.

The judge’s decision blocked the U.S. government from approving any new DACA applications.