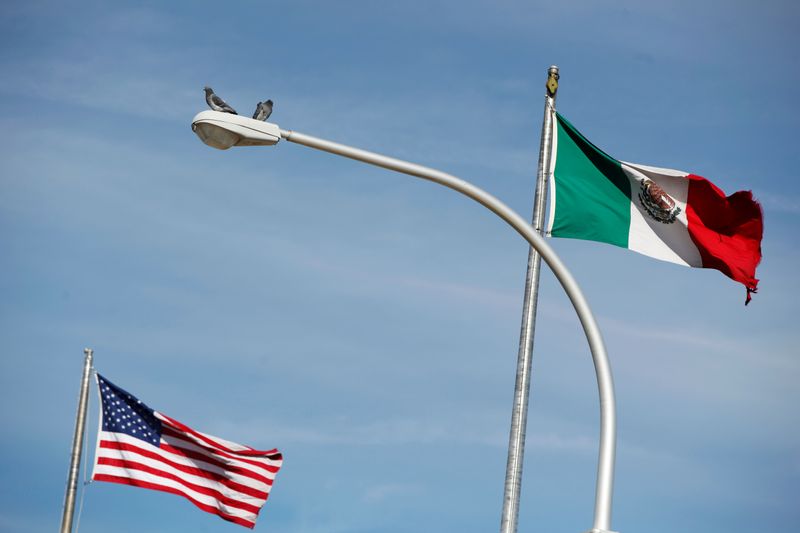 The US flag (L), and the Mexico’s flag are pictured on the international border bridge Paso del Norte in between El Paso US and Ciudad Juarez in Ciudad Juarez, Mexico December 28, 2016. REUTERS/Jose Luis Gonzalez

Experts from the FAA will visit Mexico beginning in August to provide technical assistance and a review of the country’s efforts to reverse a downgrade, the ministry said in a statement.

The FAA in May downgraded Mexico’s aviation safety rating to Category 2, the lowest level, an action that bars Mexican carriers from adding new U.S. flights and limits the ability of airlines to carry out marketing agreements with one another.

The downgrade implied, according to the FAA, that Mexico lacked “necessary requirements to oversee the country’s air carriers in accordance with minimum international safety standards, or the civil aviation authority is lacking in one or more areas such as technical expertise, trained personnel, record keeping, inspection procedures or resolution of safety concerns.”

The U.S. regulator said at the time it was “fully committed” to helping Mexico’s aviation authority improve its safety oversight system to international standards and offered to provide expertise and resources.

Mexico’s communications and transportation ministry said the FAA experts visiting the country would provide a report of their findings and recommendations for further improvement.

Recovering the Category 1 rating was a “priority,” the ministry said, and improvements have continued in order to guarantee certainty to the aviation industry, as well as national and foreign tourists, “that Mexico is safe in the areas of air transport and airport services.”