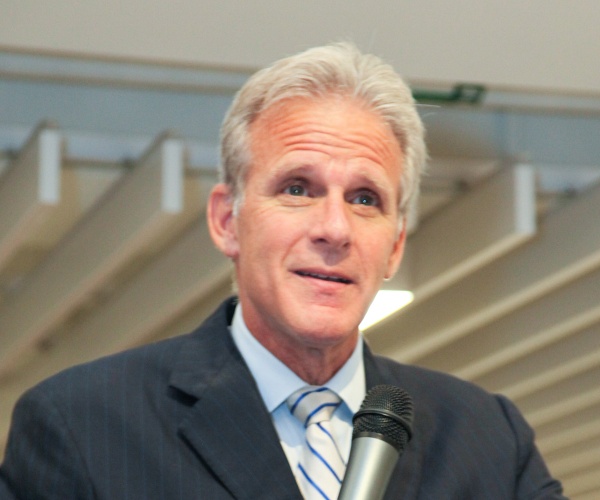 Former Israeli Ambassador to the United States Michael Oren told Newsmax on Friday that “it’s always premature to eulogize” the political career of Prime Minister Benjamin Netanyahu, whose opponents appear set to oust him from his post.

Oren told “John Bachman Now” that “one thing I’ve learned in Israeli politics over the years is that it’s always premature to eulogize Benjamin Netanyahu politically. Every time I think that he’s down and done for, he comes back and there are significant issues that remain to be settled before the anti-Bibi coalition can come into power, not least of it is the extent to which Israel will recognize illegal Arab cities in the negative desert. That’s one of the conditions for the Arab party, Ra’am, to join the coalition. Very, very serious precedent for Israel, generally… other than that, it appears that this coalition, and it’s a very eclectic one indeed, with far-right parties, far-left parties and yes, an Islamic fundamentalist party making a coalition, one of the most diverse parties we’ve ever seen. And the first time we’re going to have an Arab minister in the Israeli government.”

When asked about comments made recently by Sen. Bernie Sanders, I-Vt., who has been a vocal critic of Netanyahu’s, Oren said that “I can say with with a very high level of certainty that the feelings that Bernie Sanders has towards Benjamin Netanyahu are entirely reciprocated.”

He added, “I think that Netanyahu, should he depart the political scene this week, will leave behind an extraordinary legacy. He transformed Israel when he came into office. Israel was sort of a backwater, was a lower, middle, class, largely agricultural economy. Today, it is a thriving, innovative economy. One of the world’s leaders in technology, a strong country, some has been listed as the eighth most powerful country in the world. Much of that has to do with the legacy of Netanyahu.”

Oren also appeared to take issue with Sanders referring to Netanyahu’s government as right-wing, saying, “you know, right-wing and Netanyahu is famously adverse to getting involved in military confrontations. All these military confrontations we’ve had with Hamas have been thrust upon us. We have not initiated any of them under Netanyahu, and he has made Israel in the international scene … he himself [is] a household name, but his relationships with world leaders are unsurpassed. So he … leaves behind quite a legacy.”

He added, “Yes, there are members of the current coalition who are more right-wing than anything we have seen in Israel in the past, but the coalition coming into office will have some people who can pretty much vie with them in terms of their right-wing credentials.”