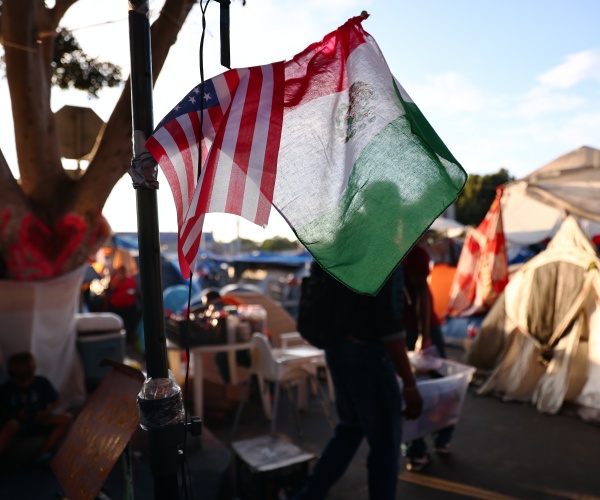 The Biden administration’s open borders policy is bringing “military-aged young men” into the country, and speaking out against the left’s claim to “heroics” is disparaging legal immigration-loving Americans, conservative radio voice Michael Savage lamented on Newsmax.

“This invasion of America is a barbarous affront,” Savage, host of “The Michael Savage Show” podcast, told Wednesday’s “Cortes & Pellegrino.” “It’s a new dark age that is emerging. It is the swamping of our nation’s culture by the demands of tyranny of the left, and in this upside down world of the left wing.”

Savage, a well-read political historian, told co-hosts Steve Cortes and Jenn Pellegrino he is the son of immigrants and is not not anti-immigration, but migrants seeking the American Dream should do it legally.

“The pharisee is rewarded and the good patriot is now a criminal,” Savage continued. “No one can argue with that.

“They’ve turned the world upside down. Anyone who speaks out is considered a criminal. Anyone who supports – it’s unbelievable to me – people supporting the invasion call themselves heroes. There’s no heroics here.”

Savage conducted an exclusive podcast interview Tuesday with former President Donald Trump, delving into immigration, demolishing of border security, and the censorship of conservative voices like his own.

“It’s collusive. Nobody’s ever seen anything like it. It all happened during this period of time.”