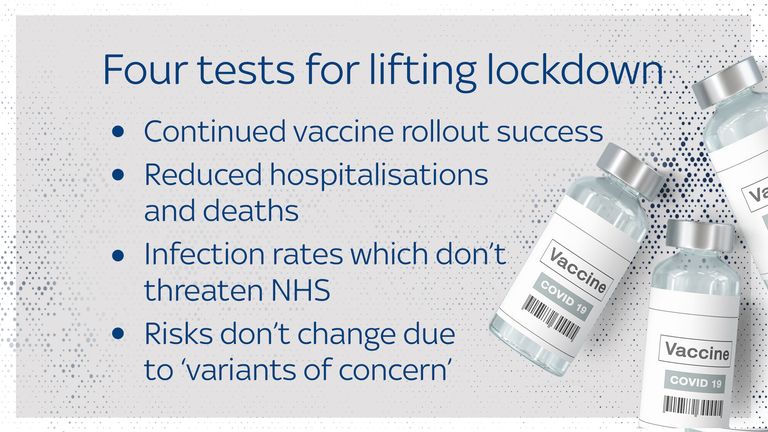 Ministers fear Boris Johnson may delay the final stage of lockdown lifting in England potentially by as much as a month.

There is widespread pessimism across government over whether the prime minister will be able to give the green light to the fourth stage of unlocking on 21 June when he makes an announcement on Monday.

The lockdown lifting plan, set out in February, suggested that the “the government hopes to be in a position to remove all legal limits on social contact” by this date at the earliest.

Number 10 insists Mr Johnson will not decide on whether to proceed until after the end of the G7 on Sunday night.

He is then expected to announce his decision to the nation in a press conference on Monday evening.

Among the options are understood to be a delay of two or four weeks, with the most recent data pushing many in government to assume Mr Johnson will opt for four weeks.

The prime minister is thought to be keen to make some easements on areas like weddings.

However, the reopening of nightclubs and other entertainment venues looks imperilled by the latest figures, which include a rise to 173 of the number of people in hospital, which is a statistically significant increase on this time a week ago when there was a rolling seven-day average of around 120. 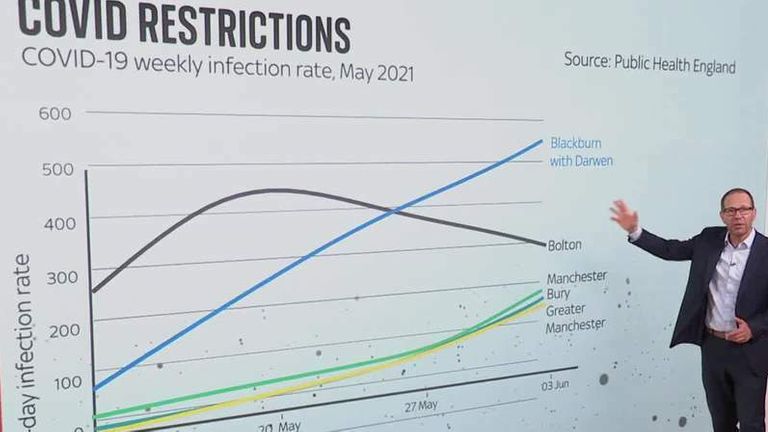 Who is getting infected with the Delta variant and how ill are they becoming?

Many cases of the Delta (Indian) variant were recorded less than 28 days ago, meaning that ministers remain unclear about the true scale of hospitalisations.

More NHS figures are set to join the British Medical Association calling for a delay to lifting the last stage of the roadmap.

There are signs of a political consensus behind any delay if the PM calls for one.

A Treasury source said: “We’ve got to see what the data says, but if that shows a delay is necessary then economic support is already in place because we went long at the budget exactly for this reason – to cover slips in roadmap dates.”

In the past, chancellor Rishi Sunak has been less keen than others in government on lockdown.

Businesses are worried the government might introduce a series of rolling reviews creating weeks of uncertainty.

However, a source told Sky News the prime minister was determined to provide “certainty” on Monday evening.