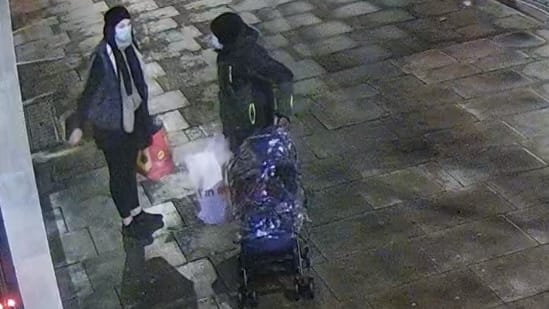 A missing British aristocrat and her sex offender partner may be putting their newborn baby’s life in danger by sleeping in a tent in freezing weather and hiding in the homeless community, U.K. law enforcement said Tuesday.

Constance “Toots” Marten, 35, whose family have ties to the British royals, was last seen with her lover, Mark Gordon, 48, and their baby in London on Jan. 7. A missing person’s case was launched after police in Manchester, northwest England, found their abandoned car burning by a highway two days earlier. Investigators believe their baby may have been born in the car just one or two days before the fire.

Now police are doubling down on their calls for help in finding the trio amid fears that the newborn infant—who has not received any medical care since birth—may be sleeping in a tent during bitterly cold weather. Temperatures in some parts of London fell below 17 degrees on Monday, the coldest night in the English capital for over a decade.