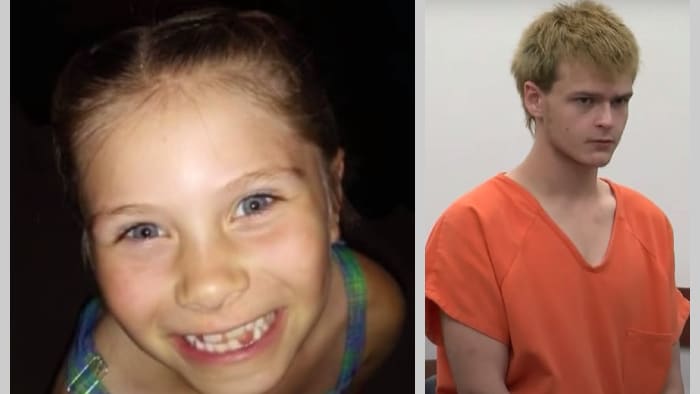 Nearly three years after finding her 6-year-old daughter raped and murdered in her bed, Stephanie Romeo recalled the harrowing moments that led up to her realization her daughter was gone.

Testifying during the first day of trial against the man accused of the August 2018 killing, Romeo said she had no idea anything was amiss at first, according to the Albuquerque Journal. She climbed right into bed at her suburban Albuquerque home after coming home late from work and slept beside her daughter, Ariana Jade Romeo, unaware at that time that the soon-to-be-first-grader’s body was already cold.

The next morning, she said, she understood something was wrong.

“I started to say, ‘Crazy girl, what are you still doing asleep?’ I got home at 4, you know. And I realized she was in the same position as when I got home,” Romeo told a New Mexico court on Wednesday. “And I knew right then. So I took the blanket off her and her legs were purple, and I knew she was dead.”

The 6-year-old girl was already cold to the touch by that time, wrapped tightly in a blanket, and was found to have blood near her buttocks, according to testimony. Her time of death was estimated to be around 10 p.m. the night before, hours before her mother crawled into bed with her.

She had suffered multiple injuries, including those consistent with sexual assault, and was found to have died of strangulation. Blood spatter was reportedly found on the bed, and a Playboy magazine alongside it.

Leland Hust, a 24-year-old man who’d been living in the Rio Rancho home with Stephanie and Ariana Romeo, is charged in the girl’s death. Court documents show Hust told investigators he’d put a movie on for the girl and then gone to sleep that night.

Hust, who was 21 at the time of the killing, has denied having anything to do with Ariana’s death and told investigators he thought of her as a sister.

His attorneys portrayed him to the jury on Wednesday as a young man who’d been railroaded by police and tricked into incriminating himself.

“This is a murky case based on insufficient investigation,” defense lawyer Michael Rosenfield said in his opening statement.

Prosecutors say a vaginal swab turned up DNA evidence that proves Hust’s guilt, and they stressed that the case was investigated thoroughly for two months before Hust was even deemed a suspect.

With the 6-year-old girl’s mother at work that night, Assistant District Attorney Jannette Mondragón said, Hust “had an opportunity that night, and he took it.”

But Rosenfield told jurors investigators did a number on Hust, who he described as “vulnerable” during a two-hour interview with police two months after Ariana was found slain.

Hust only began to give incriminating statements after investigators played mind games with him, Rosenfield said, exaggerating the amount and significance of DNA evidence they said tied the 21-year-old to the crime.

Hust was “made to believe that his DNA was found in quantity sufficient to convict him,” Rosenfield said, arguing that the amount of DNA found in the vaginal swab could be easily explained as a result of Hust and the girl living in the same home and using the same furniture.

Several other people lived in the home where the 6-year-old was killed, and Rosenfield signaled on Wednesday that the defense would raise questions about whether police overlooked other suspects in the case. He said a DNA expert would take the stand to testify about DNA found on the swab from another man.

Prior to charges being filed against Hust in October 2018, sexual abuse allegations surfaced against another man who’d lived in the house with the Romeos, Winston Scates Sr. The 63-year-old reportedly admitted to investigators that he had molested two underage relatives years earlier, though he was ultimately only charged with one count of criminal sexual contact with a minor.

The trial against Hust is expected to last about 10 days.