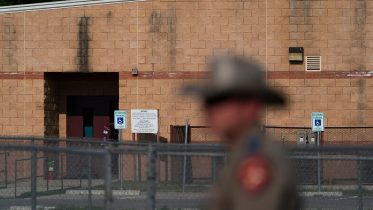 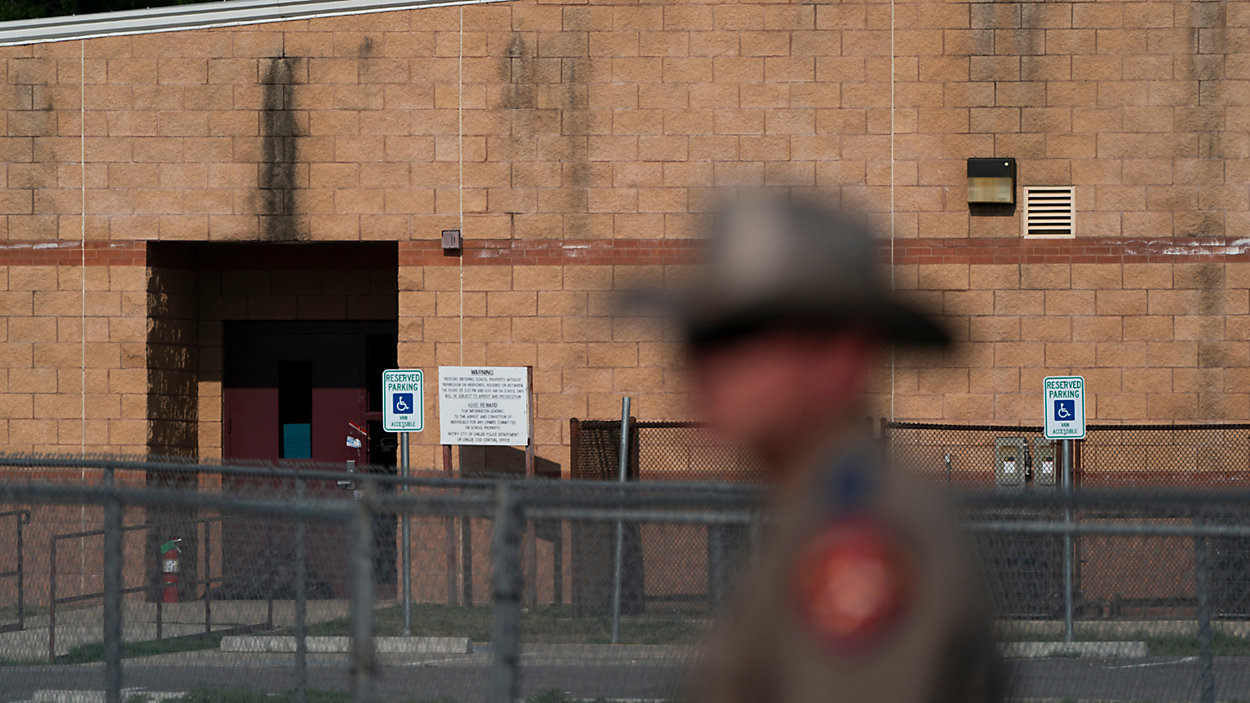 A back door at Robb Elementary School, where a gunman entered through to get into a classroom in last week’s shooting, is seen in the distance in Uvalde, Texas, Monday, May 30, 2022. (AP Photo/Jae C. Hong, File)

A mother who rescued her children from the Robb Elementary School shooting said police are harassing her after she decided to speak out about the incident. Angeli Gomez shared her story earlier this month about how she was handcuffed for trying to run by police to get to her two sons inside the school.

Since then police have allegedly posted-up near her house. She was also stopped after police allegedly received a tip that she had illegal immigrants in her car which was not true. However, this has not deterred Gomez from sharing her story. She recounted the events from that day:

“Immediately, they start evacuating that classroom and my son runs out to me and he’s like, ‘mom, mom!’ I just remember when my son saw my other son, one hugged the other one and said, ‘I’m so glad you’re okay,’ and the other one said, ‘I was so worried you weren’t.’ So it was a big thing. In that moment I was like, they’re really happy to see each other.”

Angeli Rose Gomez said she had to separate from her boys "just so my sons don't feel like they have to watch cops passing by, stopping” https://t.co/v25mLGzeaa pic.twitter.com/VHwwQUEYTq

Gomez’s lawyer is considering suing for false imprisonment stemming from her temporary arrest outside the school.