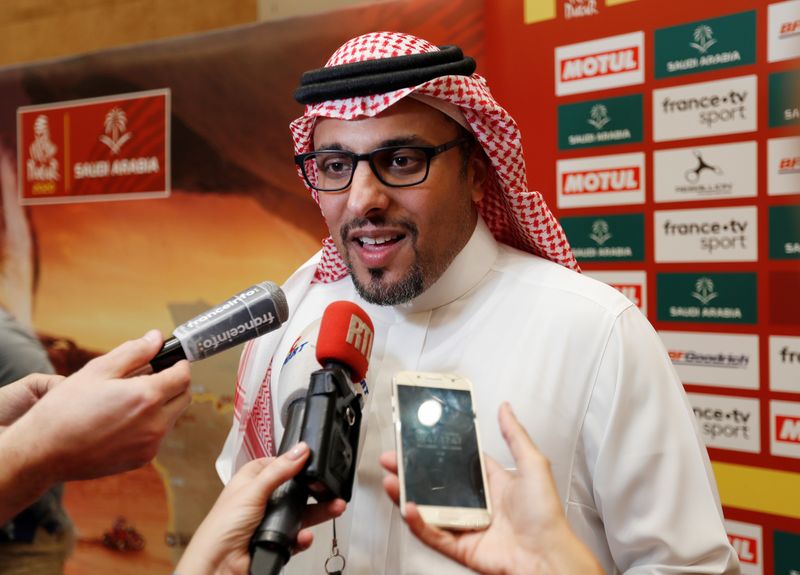 LONDON (Reuters) – Saudi Arabia would be willing to step in and host an extra race this year to help Formula One fill a gap on the calendar due to the COVID-19 pandemic, promoter Prince Khalid Bin Sultan Al Faisal said on Monday.

The country is due to make its debut with a night race in Jeddah on Dec. 5 that would be the penultimate round of the season.

The previous slot had been allocated to Australia, which is now cancelled.

“We haven’t been asked by Formula One to accommodate a second race but everything is going on schedule regarding our preparation, our construction,” the prince told reporters on a video call as tickets went on sale.

“So if needed to host a race before our race, I think we can accommodate that.”

The prince said the Saudi organisers wanted to focus on their debut, with plans for promotional activities and an opening ceremony before an event that could attract a full crowd.

“In the end if it’s a must and they need another country, we can be an option if it will help Formula One,” he added.

Bahrain hosted two races last year in a championship confined to Europe and the Middle East. Austria has already hosted two this year after Canada’s race in Montreal was cancelled.

Qatar has been mooted as a possible stand-in, along with talk of two races in Texas.

The Saudi promoter said also that he hoped for an early slot next season and would love to host one of the new-format Saturday sprints.

Bahrain was this year’s opener instead of Australia when that race in Melbourne was initially postponed.

“We wanted to have the race in the beginning (of the year) but the time we had to do the work for the track and prepare the track, we couldn’t have a race in 2021 at the beginning of the year,” said the prince.

“We are now discussing with Formula One about when is best for us to have our race in 2022, and hopefully we can get to an agreement.”

The promoter said he had discussed human rights issues with some of the drivers during the recent British Grand Prix and would be happy to meet Mercedes’s outspoken seven-times world champion Lewis Hamilton to address any concerns.

He said the plan was also to have some female Saudi drivers competing in support races.