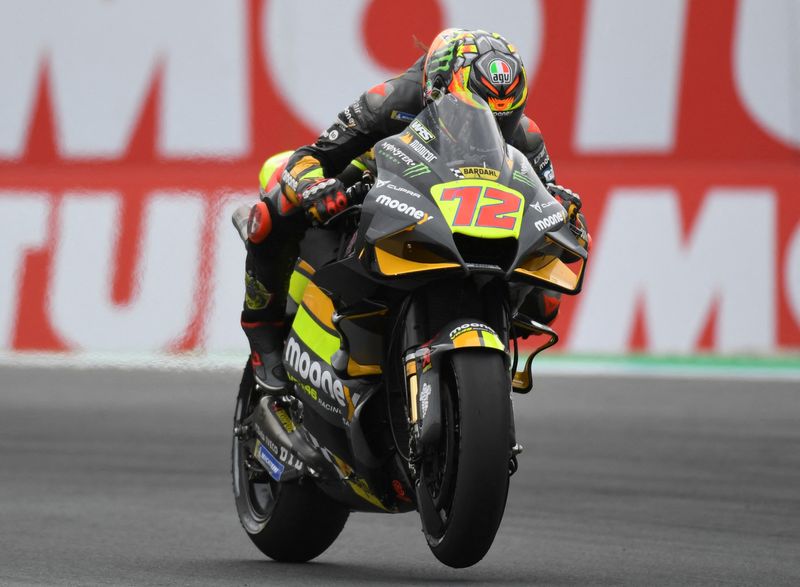 Bezzecchi posted a time of 1:29.671 to take his first-ever pole position, with Pramac Ducati’s Jorge Martin and Ducati’s Francesco Bagnaia completing the front row on the Chang International Circuit.

“I don’t know where I found that from,” said Bezzecchi, whose pole was also the first for Mooney VR46 Racing Team, which is owned by MotoGP great Valentino Rossi.

“Also, I didn’t know I was in pole position because I couldn’t check any of the big screens with the sun. Unbelievable, I’m very proud of my first pole, but the important part is tomorrow so we have to be focused.”

Bagnaia, who is second in the championship standings 18 points behind Quartararo, will be the only title contender in the front row in Sunday’s race.

“The pace in practice was so strong, so I think we are ready for the race tomorrow,” Bagnaia said.

The championship hopes of Aprilia Racing’s Aleix Espargaro, who is third in the overall standings, took a blow after he narrowly missed the cut for Q2, meaning he will line up in 13th place on the grid.

(Reporting by Aadi Nair in Bengaluru; Editing by Kim Coghill and Hugh Lawson)