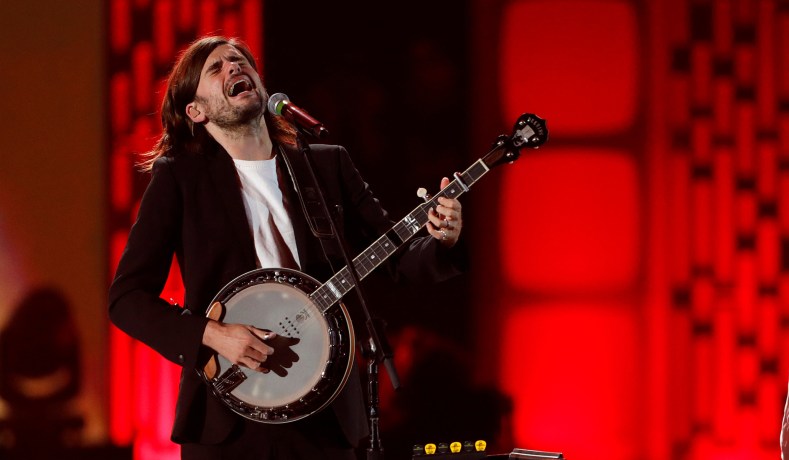 They really f***ed it up this time, didn’t they, my dear? A few months after Mumford & Sons guitarist and banjo player Winston Marshall tweeted approvingly about the valuable work of journalist Andy Ngo, and thereafter took a “leave of absence” from the band, Marshall has announced he is officially leaving it.

Marshall’s offense was simply to call Ngo a “brave man” who had written an “important book” (in reference to Ngo’s recently released Unmasked: Inside Antifa’s Radical Plan to Destroy Democracy). Ngo has worked quite hard (and even endured physical harm) to do what other media outlets won’t: provide thorough (and damning) accounts of left-wing protests, riots, and violence in and around Portland, Ore. But in the media’s eyes, it is enough simply to pigeonhole him as a “right-wing pundit,” as Entertainment Weekly described him. (Though this is an improvement from March, when EW called Ngo a “far-right” pundit. I suppose he is moving left?) Marshall’s fellow musicians were less charitable in their choice of adjectives; “fascist” was common, with Marshall becoming a fascist by association.

In explaining his decision, Marshall denies such accusations (he considers the Far-Right “equallty repugnant” to the Far Left, sharing that relatives of his died in the Holocaust), but also shows an intellect (quoting Churchill and Solzhenitsyn) and nobility of character surpassing those of his critics:

For me to speak about what I’ve learnt to be such a controversial issue will inevitably bring my bandmates more trouble. My love, loyalty and accountability to them cannot permit that. I could remain and continue to self-censor but it will erode my sense of integrity. Gnaw my conscience. I’ve already felt that beginning.

The only way forward for me is to leave the band. I hope in distancing myself from them I am able to speak my mind without them suffering the consequences. I leave with love in my heart and I wish those three boys nothing but the best. I have no doubt that their stars will shine long into the future. I will continue my work with Hong Kong Link Up and I look forward to new creative projects as well as speaking and writing on a variety of issues, challenging as they may be.

It is admirably selfless of Marshall to remove himself from the band to lessen the reputational risk to his bandmates. But it’s a selflessness one wishes weren’t necessary.

It’d be tempting for those on the left just to categorize this as another “cancel culture” story, hyped up by conservatives to perpetuate that narrative. Some of the more clever ones might even cite the lyrics of Johnny Cash’s “The One on the Right Is on the Left“:

Just work on harmony and diction

And if you have political convictions

Keep them to yourself

This, of course, is not a lesson many other musicians nowadays have learned. But they’re on the left, so it’s fine, apparently. If our culture is getting to a point where it is not merely controversial for Marshall to express approval — outside of any of the band’s work — for a journalist who has told the truth about what has happened in Portland, but rather a sufficiently high reputational risk for him that he must leave his band to save his bandmates from guilt by association, then one wonders if it’s something a bit worse than mere “cancel culture” we are dealing with.

Ngo’s sin has been merely to reveal the truth about what has devastated Portland, a truth that many on the left still wish to downplay or deny outright; Marshall’s sin is merely to support Ngo’s efforts. We’ve gone too far this time, and we have neither reason nor rhyme.