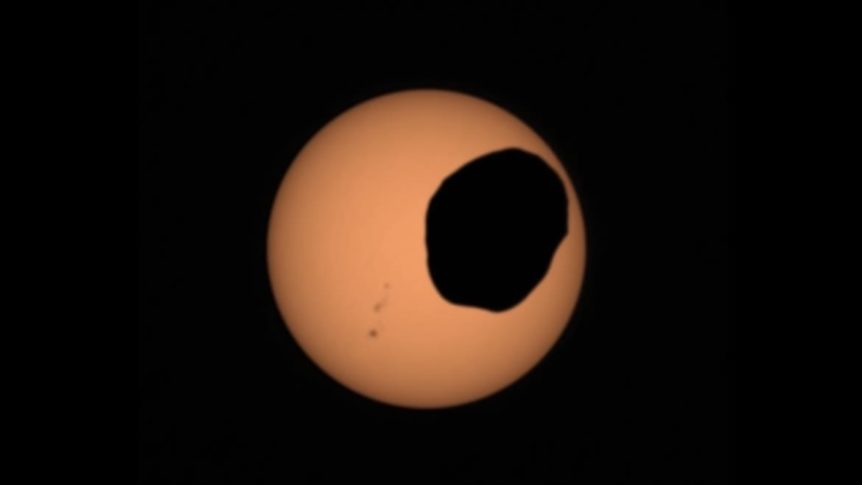 NASA released stunning footage showing Phobos, one of Mars’ two moons, passing by the sun on Wednesday. The video was captured on April 2 by the Perseverance rover’s Mastcam-Z high-definition camera, which allowed it to take the clearest, most zoomed in video of a Martian eclipse to date.

“I knew it was going to be good, but I didn’t expect it to be this amazing,” Rachel Howson of Malin Space Science Systems in San Diego and one of operators of Mastcam-Z, said in a NASA press release.