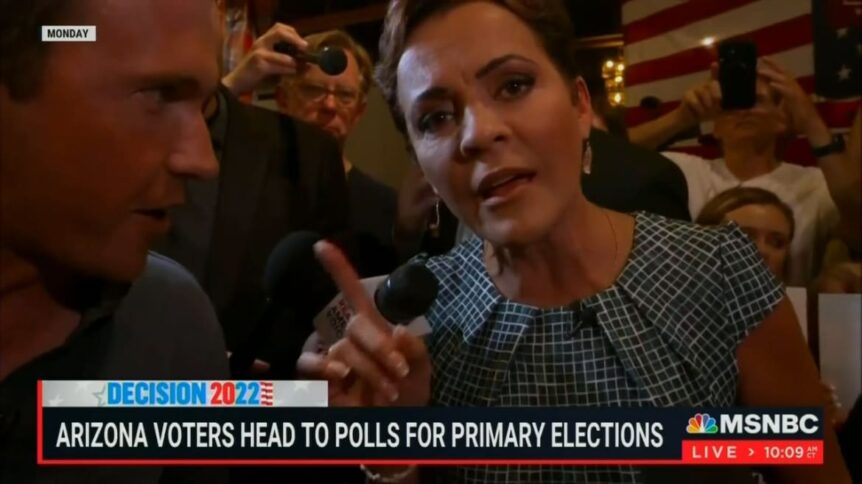 Of course, Lake refused to explain herself because Hillyard works for “MSDNC.”

Once an Obama-supporting local news anchor, Lake in recent years turned into a Trump acolyte and has become a GOP frontrunner primarily due to her embrace of the twice-impeached ex-president’s election lies. Days ahead of her Tuesday primary, Lake went so far as to preemptively claim “we’re already detecting some stealing going on” and that she’s “not gonna let them steal an election.”