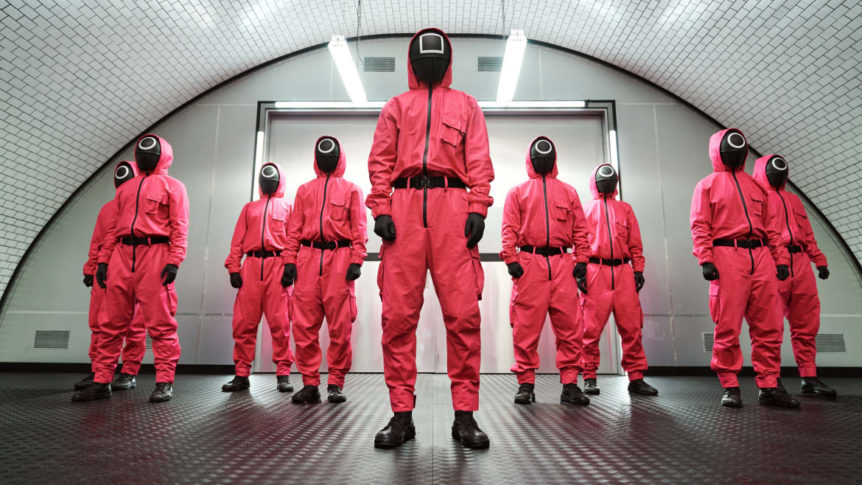 Apparently nobody at Netflix has actually watched Squid Game despite the fact that it was one of the streamer’s most popular offerings last year. If they had watched the dystopian drama about a deadly competition presided over by a creepy giant robot doll, surely they would not be adapting it into a real-life reality series, right?

Wrong. On Tuesday, Netflix revealed plans to spin-off the critically acclaimed Korean import into the “biggest reality competition ever.” Squid Game: The Challenge boasts the largest cast and largest cash prize in the history of reality television. The ambitious new series will have 456 players (just like in Squid Game) facing off in a series of games to win $4.56 million.

The challenges will be inspired by the classic childrens’ games from the original series, plus some new additions. We’re assuming contestants will not actually be putting their lives at risk playing Red Light, Green Light—although given the bleak state of the world of late, that’s not as far-fetched an idea as it should be. These are the same heartless folks who canceled The Baby-Sitter’s Club earlier this year, after all. And just yesterday, it was announced that Lady Gaga is in talks to star in a musical sequel to Todd Phillips’ Joker, a prospect almost as apocalyptic as real-life Squid Game.