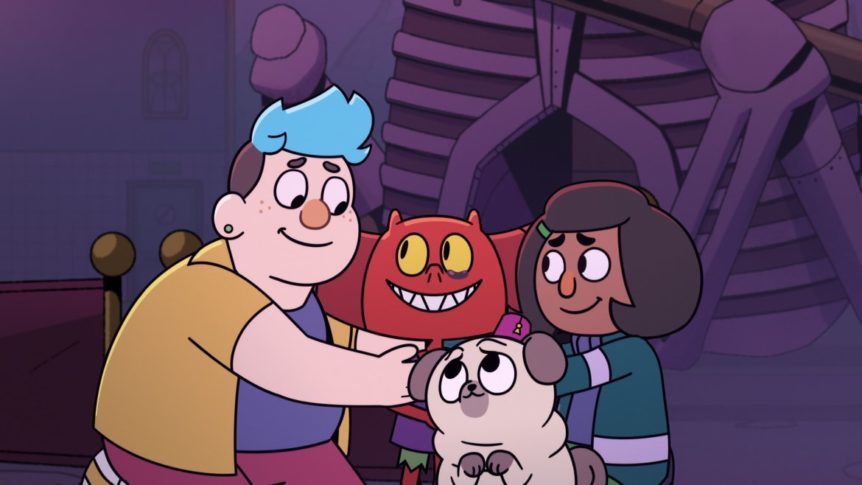 Something extraordinary happens in the premiere of Netflix’s newest animated series, Dead End: Paranormal Park. Toward the episode’s end, our hero Barney (Zach Barack) walks through a hall of mirrors. He then stops, looks at his reflection, tussles his hair, and smiles.

This moment is brief and may sound superficial. But it’s loaded with meaning: There’s a trope of transgender characters looking longingly into mirrors, upset with what they see, and longing to be someone else. But Barney, who’s a teenage transgender man, feels the exact opposite. With just one quick smile, Dead End repudiates stereotypical representations of gender dysphoria. Instead, in front of that mirror, Barney feels pure euphoria. Like all of Dead End itself, this moment shows a coming-of-age trans person confidently loving who he is—a conceit that is as simple as it is radical.