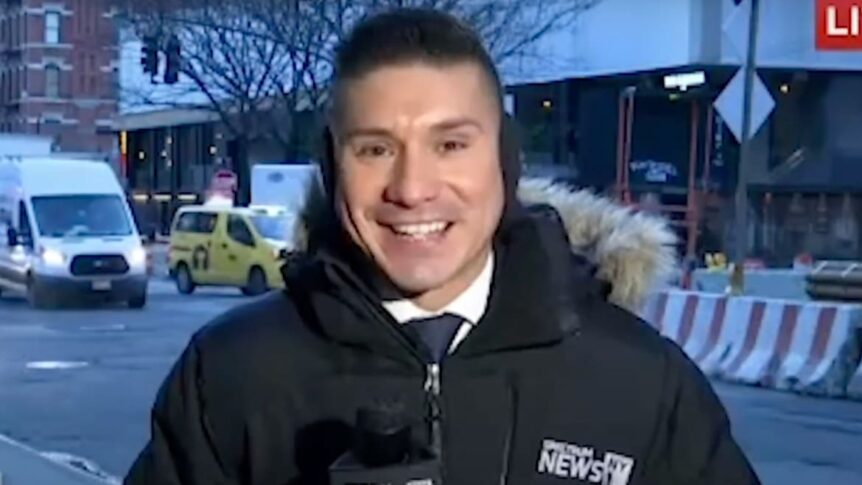 A TV weatherman in New York City was fired from his job after nude screenshots from an online video chat were sent by an anonymous user to his bosses at work as well as his own mother, court documents obtained by The Daily Beast show.

Erick Adame, a two-time Emmy nominee who served as a NY1 meteorologist for about four years until he recently disappeared from the air, is now petitioning a Manhattan judge to force the owners of the internet forum—named in court papers as Unit 4 Media, Ltd.—to identify the people who leaked the NSFW material and deep-sixed his career.

The website itself is not specified in Adame’s filing. A site called LPSG.com, however, advises users, “When you buy an LPSG membership it will appear on your bank statement as Unit 4 Media.” LPSG, which stands for “Large Penis Support Group,” describes itself as “the most amazing open-minded fun-spirited sexy adult community” on the internet.