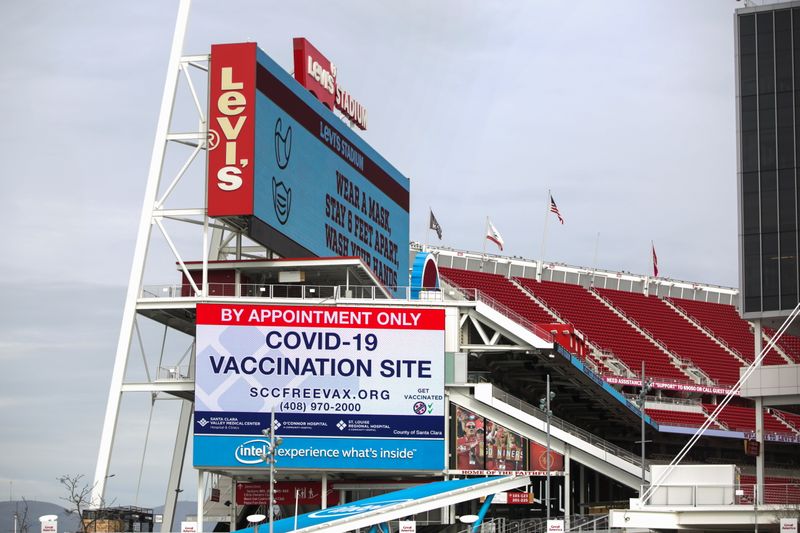 (Reuters) – The NFL informed its teams on Thursday that COVID-19 outbreaks among non-vaccinated players during the 2021 season could lead to forfeits and loss of game cheques if the contest is not able to be rescheduled during the 18-week campaign.

According to a memo sent by NFL Commissioner Roger Goodell, the league has no plans to add a 19th week to the regular season to accommodate any such games that cannot be rescheduled.

If a game postponed due to a COVID-19 outbreak among non-vaccinated players cannot be rescheduled, then the club with the infected players will forfeit the contest while members of both teams will not be paid for the game.

In addition, the team deemed responsible for the cancelled game due to unvaccinated players would be required to cover all financial losses and also be subject to potential discipline from Goodell.

The decision on whether to reschedule a postponed game will be dependent on a variety of factors including health and safety reasons at the recommendation of medical experts, schedule integrity and considerations of stadium availability.

According to the memo, more than 75% of players are in the process of being vaccinated, and more than half the 32 clubs have vaccination rates greater than 80% of their players.

(Reporting by Frank Pingue in Toronto, editing by Pritha Sarkar)